Albert Hera is a vocalist, and an improviser from Italy. He tours the world delivering vocal workshops, leading circle song classes, and performing in lots of different capacities. He has also collaborated with Bobby McFerrin, and can even be heard on the Vocabularies album. He is a vocal explorer who is interested in testing the boundaries of what can be achieved with the human voice. 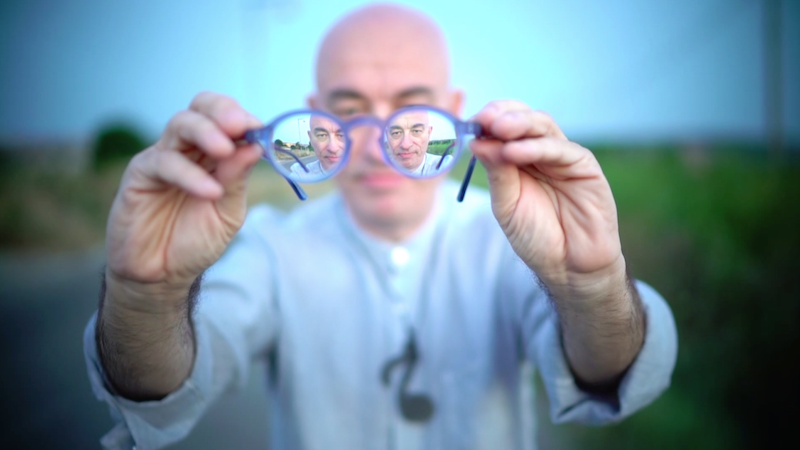 Albert is bursting with enthusiasm, and music is clearly in his blood. He is a noise-making machine, and spontaneous vocalisations are part of the deal. He is permanently on the brink of bursting into song, and he has a bass line on the go at all times. He is a charming man, and he his infectious liveliness makes him great fun to be around.

Albert is in London hosting some workshops, and catching up with old friends. We meet after a circle song session with the London Vocal Project (run by Pete Churchill), and he is on great form.

When did you discover you had a voice? And did you always know that you wanted to be an improviser?

I started my musical life as a saxophone player. I was interested in jazz and improvisation, in particular I was stuck on Miles Davis and Charlie Parker. But really it all started when I discovered Bobby McFerrin. I learnt so much from listening to him and trying to emulate what he did. Imitating Bobby taught me how to use my voice to the full, and to make the most of my vocal range. He also taught me to make my own language, and to experiment with scat sounds and free form.

How did you first meet Bobby McFerrin and come to sing on Vocabularies? 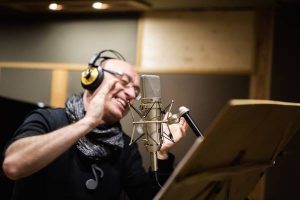 In 2002 I was making furniture for a living, and working part time as a musician. Bobby McFerrin was doing a concert in my local area, and I went along to see what it was all about. During the concert Bobby McFerrin did his usual thing of interacting with the audience, and inviting audience members onto stage to improvise with him. The concert was an amazing experience for me – a life changing moment. At the end of the concert I queued to meet him and thank him in person, he was humble and spiritual, and rather than shake my hand he gave me the Namaste. The very next day (the 20th September 2002 to be exact) I decided to quit my job and learn the art of the voice!

Then, two years later in 2004, I had an unusual dream in which St Francis spoke to me. He told me that I needed to go to Assisi on the 2nd of August and be with him. I am a little bit crazy, and so on the 2nd August I took myself to Assisi to find St Francis. I spent four amazing days singing with lots of different people and having a really great time. On my final day in Assisi I decided to go to the church and say a prayer before leaving. I closed my eyes and started to pray, and after a few minutes of prayer my fiancé tapped me on the shoulder – there, next to me, was Bobby McFerrin!

Then in 2006 I went to Rome and I met a man called Roger Treece. We sang together for three or four hours straight – I don’t speak English and he doesn’t speak Italian, so we just sang and made music together. A year later I invited Roger to come and join me in Italy for some workshops. After an intense week of leading workshops Roger gave me a big hug and thanked me for an amazing time. Two months later I got a call from Bobby McFerrin’s agent asking me to join them in the US for a recording. I spent a month in New York recording Vocabularies with Bobby, Roger and fifty singers from all over the world. It was a huge project and an amazing experience, and I am so proud to have been a part of it. I think it is a really important album, and I would encourage everyone to get to know it.

You say that Vocabularies in an important album, are there any other albums or artists you would put on the same level?

I would recommend some of Bobby’s other albums – Bang! Zoom is a particular favourite of mine. Another vocalist I really respect is Kurt Elling, and he has some incredible albums to his name. I would also suggest listening to Tikki by Richard Bona. He is an amazing vocalist and bassist, and Tikki is a really interesting album. I am also a fan of another bass player – Jaco Pastorius – who writes the most sensational music. And lastly, Heavy Weather by Weather Report. This is a seminal work, and a very important album to me personally.

Have you got anything exciting coming up?

I have just released my new album – SoloƧ. The album is themed around the idea of solitude, and it follows a man on a journey from loneliness to finding his soul mate. There are nine tracks and the album features lots of different contributors: the artwork is designed by Edan Borelli, one of the songs has been written by my friend Nikki Franklin, and lots of the text has been composed by Marriana Zappi. Following the release of the album I am planning a big tour – and hopefully that will include the UK! I hope that the release of SoloƧ will be the beginning of something new for me, and that start of a new exciting chapter.

Albert’s new album SoloƧ has just been released in digital and physical form. He also hopes to be back in the UK as part of his album tour. To find out more information and to keep on top of Albert’s plans visit his website: http://www.alberthera.com/

Huge thanks to Albert Hera for setting aside some time to be interviewed whilst he was in the UK, and to Deborah De Pasquale for translating.