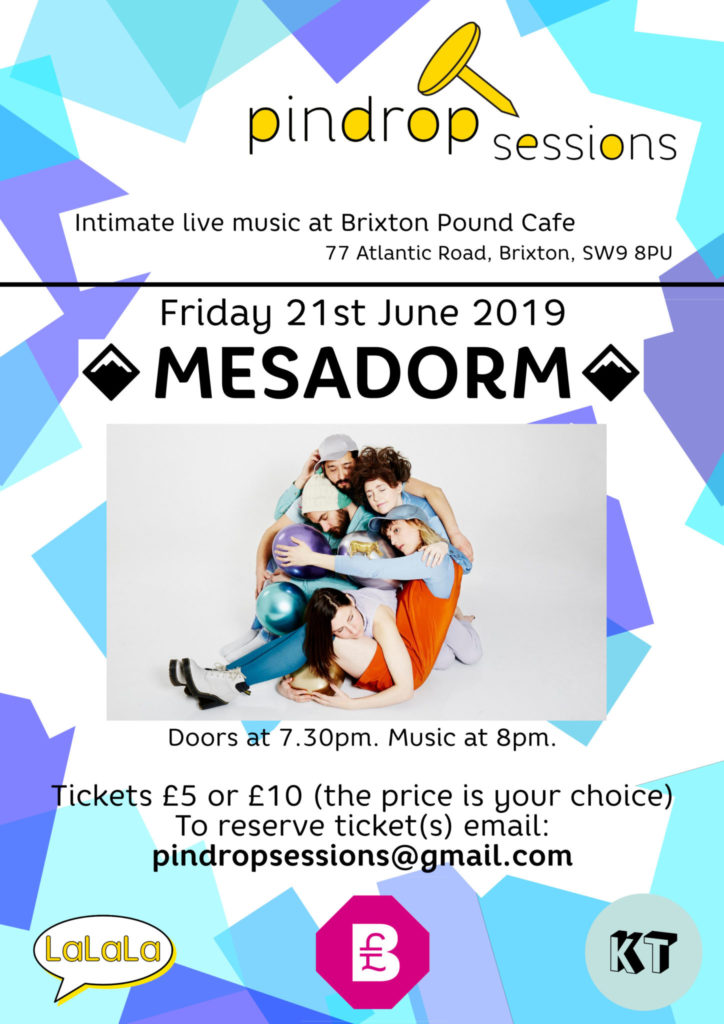 To reserve your ticket(s) email: pindropsessions@gmail.com

What to expect: After a few years testing the mainstream stage with a major record deal Pepino has moved back to her roots as a left-field, art-rock and electronica song-writer. Here you will find her in happy harmony with Aaron Zahl who has recorded and produced the eagerly anticipated debut album fleshing out the musical world with his electronic sound scapery. Having known each other since they were teenagers and weathered various phases of life and musical outfits, Zahl, Pepino, Palmer, Johnston and Silverston have a unique connection that plays out in this project with depth and assuredness. The writing sits somewhere between the domestic observation of Suzanne Vega and the powerful, elemental other-worldliness of Bjork.