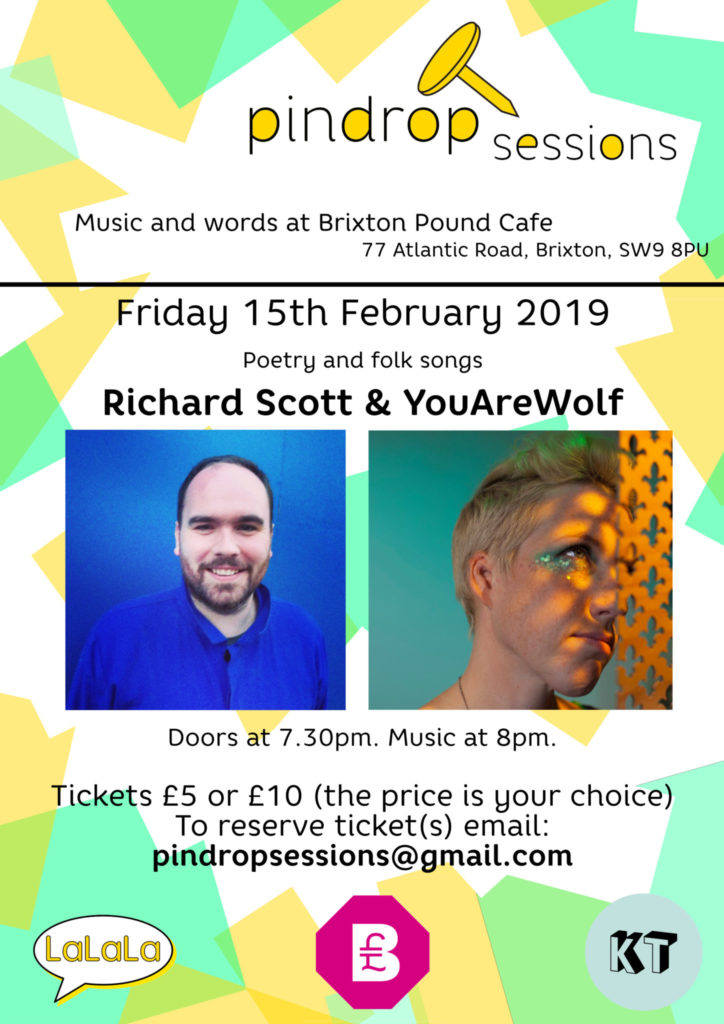 To reserve your ticket(s) email: pindropsessions@gmail.com

Richard Scott is a poet from London. He used to be an opera singer but the ‘inhuman rigours’ of the profession left him seeking escape. ‘After years of obsessing over texts, librettos and poetry that had been set to music, poetry seemed to me like almost a logical step. It became clear to me that when you took the music away, there was still a “music” and a rhythm to the poem – and that fascinated me.’

YouAreWolf is an alt folk project from singer, composer and author Kerry Andrew. The band present folk songs and lore with unusual, electronica-tinged arrangements. Their new project, KELD, explores the theme of freshwater, with traditional and original songs about banshees and water sprites, vengeful rivers and wild swimming.