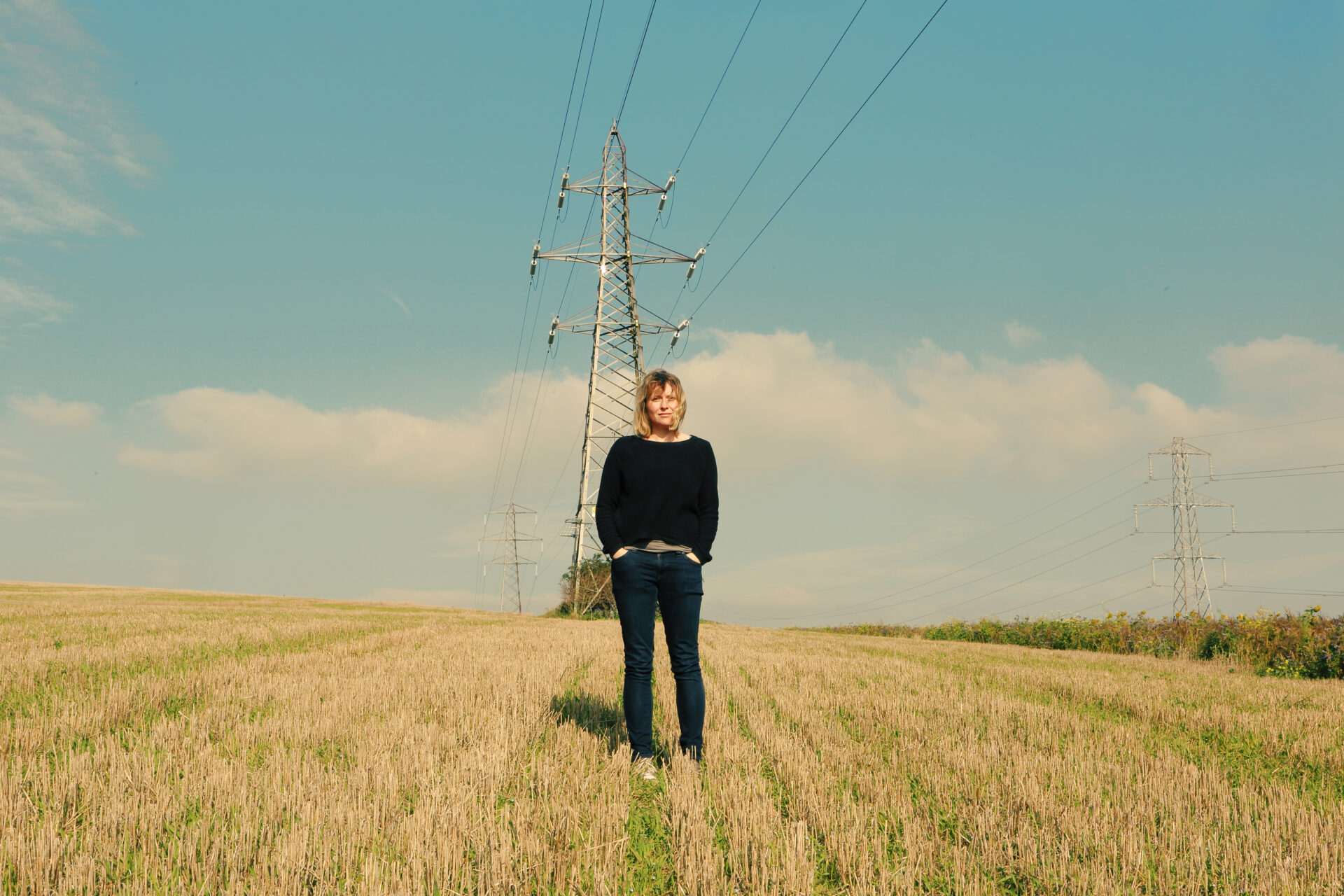 Emily Hall is a composer. Much of her music is formed from close relationships with singers and writers, and finding her own ways of combining technology with performance. Her latest album Folie à Deux was released on Bedroom Community in 2015. She has written five operas, and collaborated with numerous singers, choirs, orchestras and ensembles including Olivia Chaney, Lady Maisery and the LSO.

Transparent, immediate, harmonically led (which is why I love vocoders so much!), lyrical, minimal. When it comes to electronics my music is often made without too many sounds, but exploited to the full. I’ve always gone for the less is more end of the spectrum!
During lockdown you’ve been collating and reworking a collection of your songs for voice and piano. Can you tell us a bit more about that project?
Like for a lot of creative people – there’s been so much going on in my head and too many children in my house to feel like starting anything new, so I started to try and get a grip on my back catalogue. I am self-published and so any kind of organising is low priority and I saw the lockdown as a chance to have a massive spring clean. I was awarded some Arts Council Relief funding to have some very esteemed singers make recordings of all 23 arrangements of my work into simple piano and voice versions – the idea being that a bit of my music could be premiered at people’s pianos at home and far, far away from any screen too. You can find these recordings here: https://www.emilyhall.co.uk/songbook
What’s your musical background, and what led you to become a composer?
Youth Orchestra was my first real love of music. Sitting in the second violins playing symphonies. It was just so thrilling! Playing Shostakovich, Bruckner, Sibelius, Mahler and Janáček. I went to York University to study music and it was so well suited to me because it was a place where essentially you made your own course, and I kept making things – ensembles, music and collaborations. By the end of the degree I knew I wanted to mostly make. Then after a year in Paris I studied at the RCM alongside Anna Meredith, Mark Bowden, Chris Mayo, Charlie Piper and Matt Rogers. We became the Camberwell Composers Collective and really supported each other through the shaky years of transitioning from being a student to being able to call ourselves composers (and also through the odd shaky times since!)
What’s your process when thinking about a new work or song?
I like to sit with the brief for a while – and wait for the right forces to come together – very often its something I’ve picked up musically in a previous piece which converges with the brief of the new work. I find it’s absolutely not worth rushing this stage – and when I do I always regret it.
Do you have a particular approach to setting text?
Finding the right text can take me many hours – I love this bit – its a really fun voyage of discovery. When I lived in London I used to go to the Poetry Library at the Southbank – I still treat myself to the occasional a trip there. Quite often I work with living poets – this is more risky but super rewarding when it works out. I have a really special relationship with Toby Litt and have collaborated with him on and off for 13 years now.
Next, I live with the words in my head for a while then capture the melodies by singing into a dictaphone – mostly when I’m on the go – away from my studio – walking is when the melodies come – then I refine them and go to the piano to figure out the harmonies. 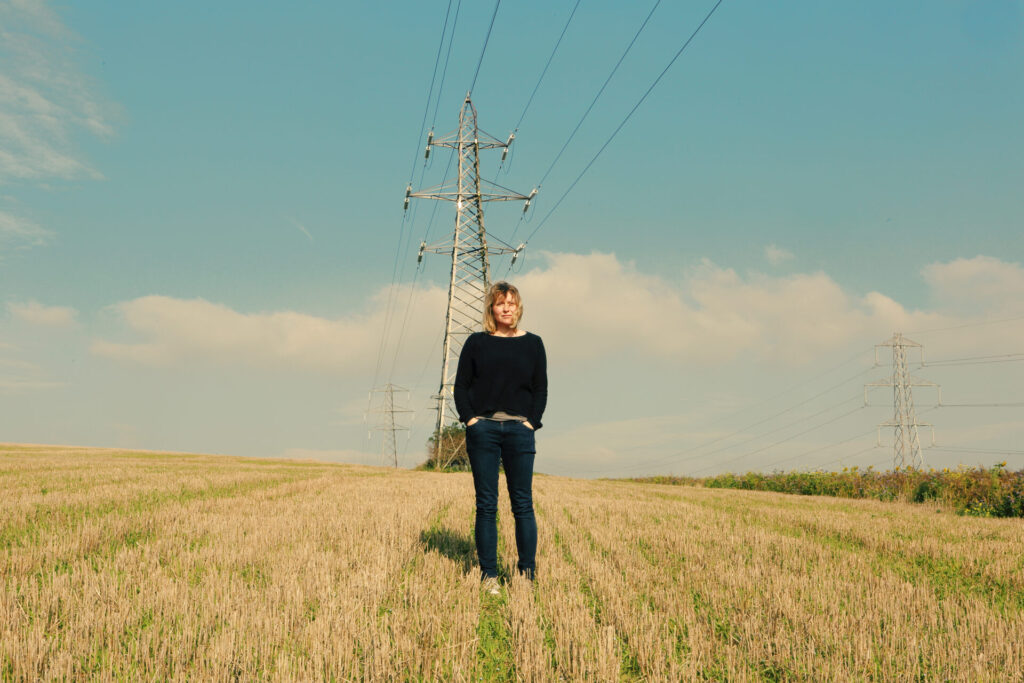 Who would you consider to be your main influences as a composer?
Hmmm…..I’m going to go for living. I learnt a fair bit from the famous dead blokes I mentioned above but really now my head is mostly turned by what my contemporaries are doing. Ironically (and pleasingly) mostly women – Anna Meredith, Olivia Chaney, Laura Cannell, PJ Harvey, Mira Calix, James Blake, Lady Maisery.
You’ve worked with some wonderful singers; how do you find the right voices for your music? What do you look for in a singer?
I just fall in love with their voice and their energy and want to write for them.
What are you listening to at the moment? Have you got any good recommendations?
I just made a playlist for my last newsletter of many of the singers I have had the pleasure to write for – I’ll share it with your readers too!
What’s next? Have you got any exciting projects on the horizon?
Well, we’re in a strange moment aren’t we?! I have a few commissions in the pipeline, but what with funding cuts it is hard to know whether they will transpire. My biggest draw is towards my next album, following on from Folie à Deux. I can’t start it until September because my kids have been at home for 13 weeks and then the summer holidays arrive. September is like a beacon of space and thinking time which I can’t wait for. I know the album will be about loss and letting go, and will feature some superb singers and electronics. I’ve also got two songs on the imminent debut album from the Hermes Experiment. The album, HERE WE ARE, comes out on 24th July 2020 and features new music from loads of great composers.

To find out more about Emily and her wonderful work visit her website: https://www.emilyhall.co.uk

You can also listen to her lockdown 2020 song collection here: https://www.emilyhall.co.uk/songbook