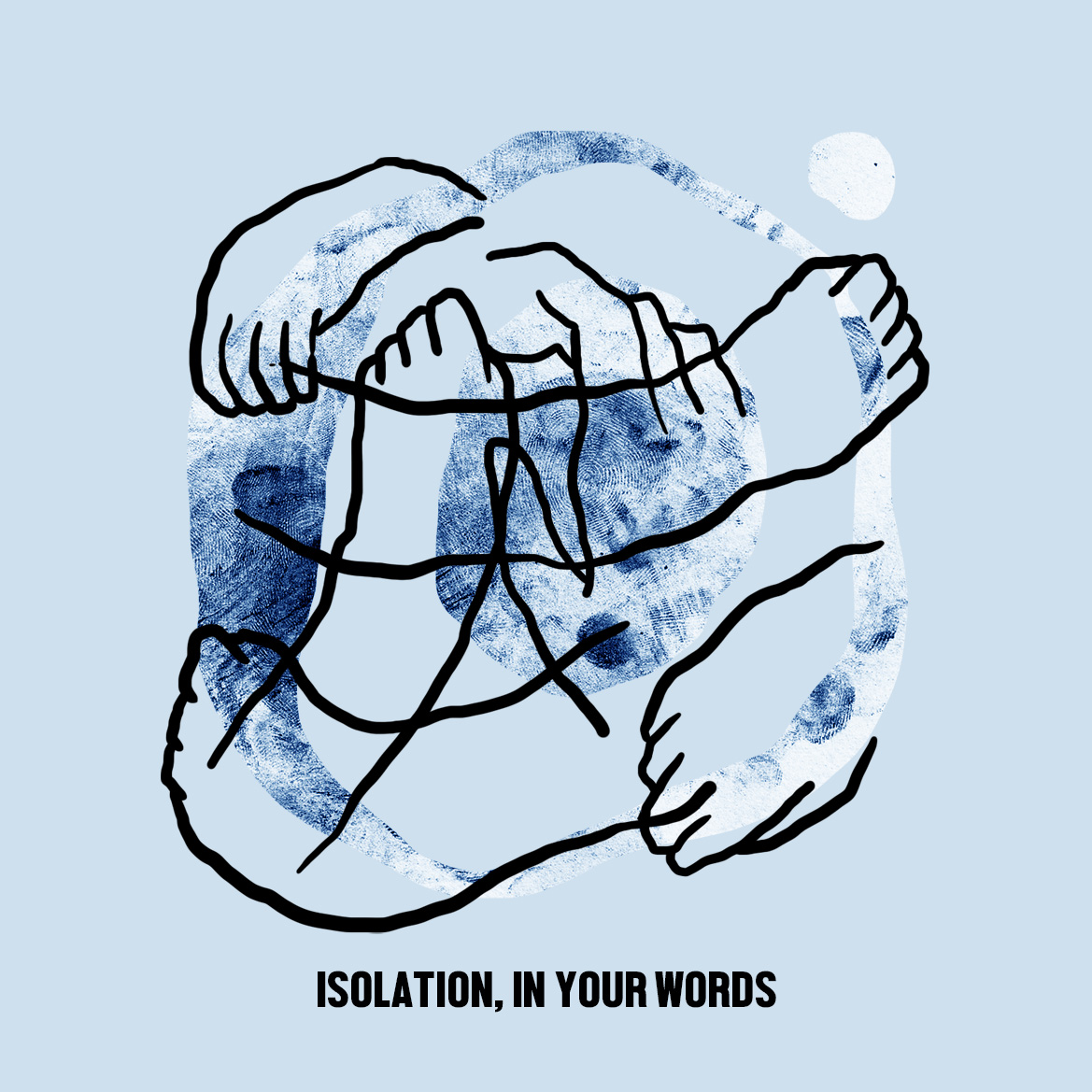 Isolation, In Your Words

Leanne Sedin from the InYourWords collective tells us about their lockdown project, Isolation, In Your Words, from which their debut single “Nothing To Do” was released on 7th December 2020.

Tell us about the Isolation, In Your Words project?

In a nutshell, Isolation, In Your Words is a modern soundtrack to life in lockdown, created around the words of the British public. But more than that, it was an eye-opening, gut-wrenching and musically challenging journey that none of us could have fully imagined! It premiered as a half-hour documentary piece on BBC Radio 3 on Halloween night (ironically, just hours after the government announced the second national lockdown), and will be released as a full 14-track album in 2021. The project was commissioned as part of the BBC’s Culture in Quarantine series in April of this year, when Mandeep Singh – a rapper, saxophonist, composer and NHS doctor – was tasked with creating music documenting people’s experiences of isolation at this unique point in history.

Who else is involved in the project, and how did the collaboration come to be?

I met Mandeep on a project with the East London Foundation NHS Trust (I’m a composer, singer, choir director and workshop leader), where we part-wrote and part-improvised a piece about the patient-professional relationship, using freestyle rap, circle singing and vocal harmony. We were joined by Kevin Fox (singer, arranger and choral director, formerly of The Swingles) for a performance of the piece at TEDxNHS in October 2019. We felt a real chemistry among us, and of course there was much enthusing about what we might do together in the future. So when Mandeep asked us to collaborate on Isolation, In Your Words, it was a no-brainer. Mandeep also brought in a producer he works with on other projects – Arun Dhanjal (aka Zar) – and the InYourWords collective was born!

What was the starting point for Isolation, In Your Words?

In May 2020, Mandeep, myself and Kevin arranged to interview members of the public from a range of ages and backgrounds – some were friends and family, others were individuals we’d worked with in other project settings, and some were children recorded on voice notes by their parents responding to a crowdsourcing call-out on Facebook. We started off with the question, “how has this time of isolation been for you?” and allowed the conversations to evolve from there, recording the interviews over the phone or on Zoom. (The parents were brilliant, interpreting the question age-appropriately for their kids, leading to the glorious opening exchange between a mum and her 3-year-old daughter: “Why can’t we go out at the moment?” “Coz of the Coronavirus” “So what do we have to do?” “We have to stay at home forever.”) Hearing from these people about their experiences, shared with candour, humour and vulnerability was an amazing privilege. 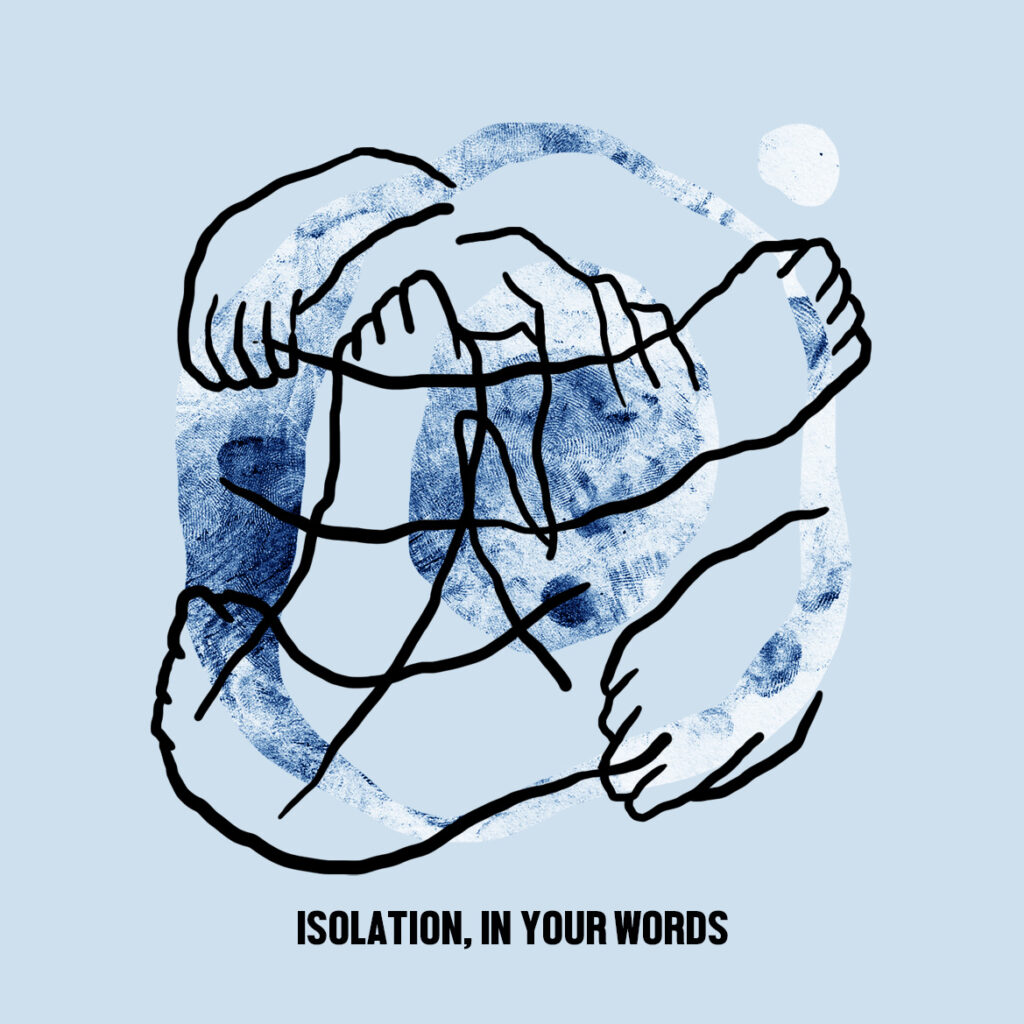 Isolation, In Your Words – album artwork

What was the composition process?

From the outset we wanted the stories to be central – in that sense there was no plan as such, other than listening again to those conversations as a starting point. We transcribed the interviews, listening back to grab any words, phrases, themes, and rhythmic/melodic elements of people’s speech that stood out. From there, we each came up with musical ‘sketches’: melodic ideas informed by a particular line of speech (the starting point for “Yourself, By Yourself”); lyrical ideas for pieces fleshing out a theme several interviewees had touched on (“Moods Morph In Moments”); beats or loops inspired by a certain mood or theme (“Can’t Catch My”); or narrative ideas for bringing a particular story to life musically (“What’s Next”).

In some cases, songs were conceived not from what our interviewees said, but from musical references they made (e.g., a beatboxing demonstration set the tempo and groove for “Bad Hip”, and a strum of an out-of-tune guitar set the tonality and instrumentation for “Been Quite Strange”).

Tell us about the verbatim theatre technique you used in the composition?

We drew heavily on this technique, focusing as much on how people spoke as well as what they said. In some cases the melodic/rhythmic cadence of the voice was transcribed exactly and harmony added to it; in others, a speech rhythm became a motif that informed a wider groove; sometimes a word or phrase became the launching point for Mandeep’s rap, or he would quote bits of speech in his verses; and sometimes just the words were used, which then became a lyric I put to a composed melody. These are scattered throughout the album really, and it was great to be able to combine these different approaches with the diversity of musical styles each of us brought to the table – I think the approach worked particularly well embedded in Kevin’s a cappella arranging, which you hear in the breakdown of “Nothing To Do”, the debut single release from the project. We’ve had comments that the project as a whole sounds like dipping into people’s lives through changing radio stations, or like a town hall meeting with orchestral backing!

What’s next for the collective?

The response to the broadcast was incredibly positive and heartwarming – it really seemed to chime with people and give them opportunities to reflect which feels important, and we’d love to do some more of that. There’s so much more we could mine from the material we already have, and of course as lockdown restrictions continue, there are many more stories out there, so we’ve talked about interviewing more people and getting their fresh perspectives. Either way there’s lots of potential for a Part 2! We’re also talking about where we could take the project as a performance piece, perhaps somewhere between a gig and a piece of theatre, or combining filmed and live-streamed elements to make something digital, or some kind of hybrid of all of the above, in response to these continuing strange times us artists find ourselves in. All that to say – watch this space!

Where can people hear more?

The first of four singles from the album – “Nothing To Do” – was released on all streaming platforms on Monday 7th December. The half-hour radio piece is available on BBC Sounds and the full album with extended versions is coming in 2021. 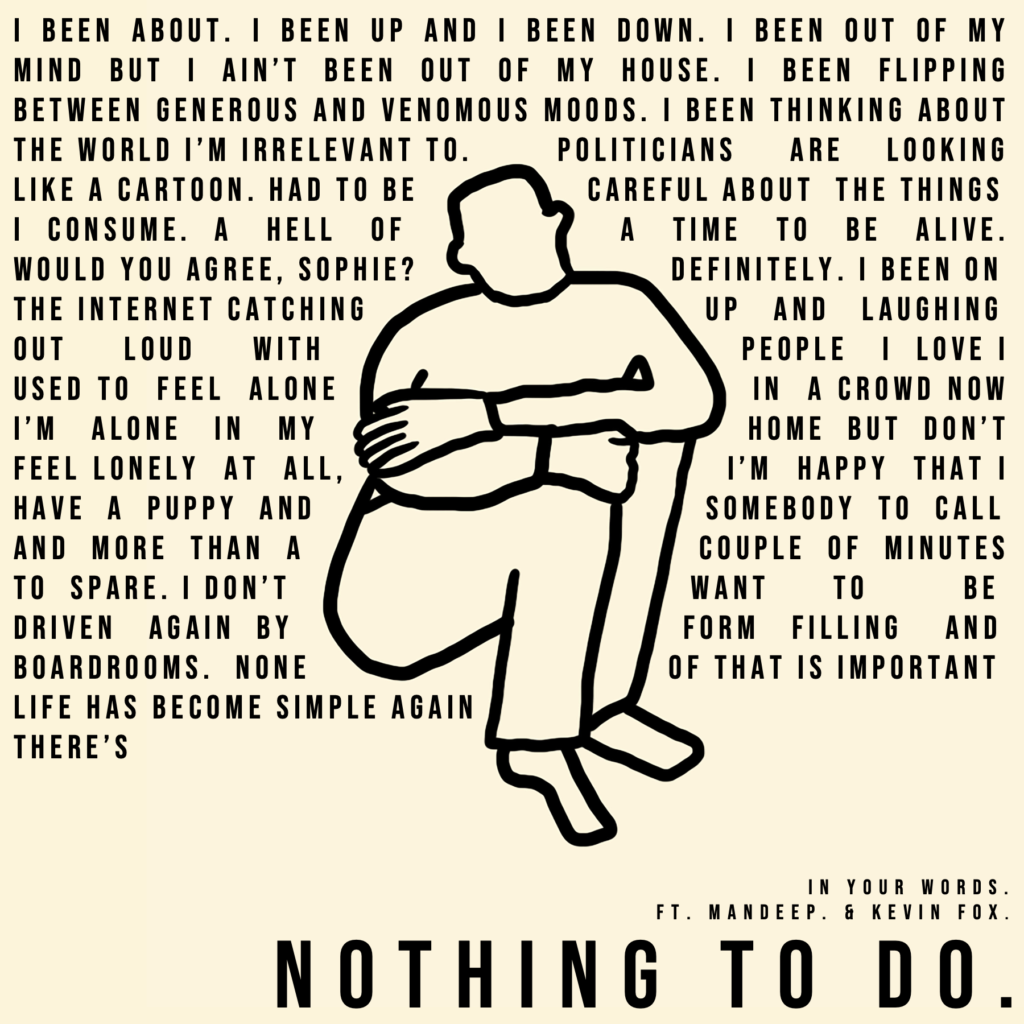 Nothing To Do – the first single from Isolation, In Your Words

For more information about the InYourWords collective head HERE