Kate Dimbleby is a performer and entertainer with her own blend of music and storytelling. Her most recent album, Songbirds, is completely acappella and a bit of a departure from her usual repertoire. The live show follows suit, and Kate is currently looping her voice for audiences all over the UK. At the heart of the show is Kate’s personal story about finding her voice. Songbirds is an ambitious one-woman vocal adventure coming soon to a town hall near you! 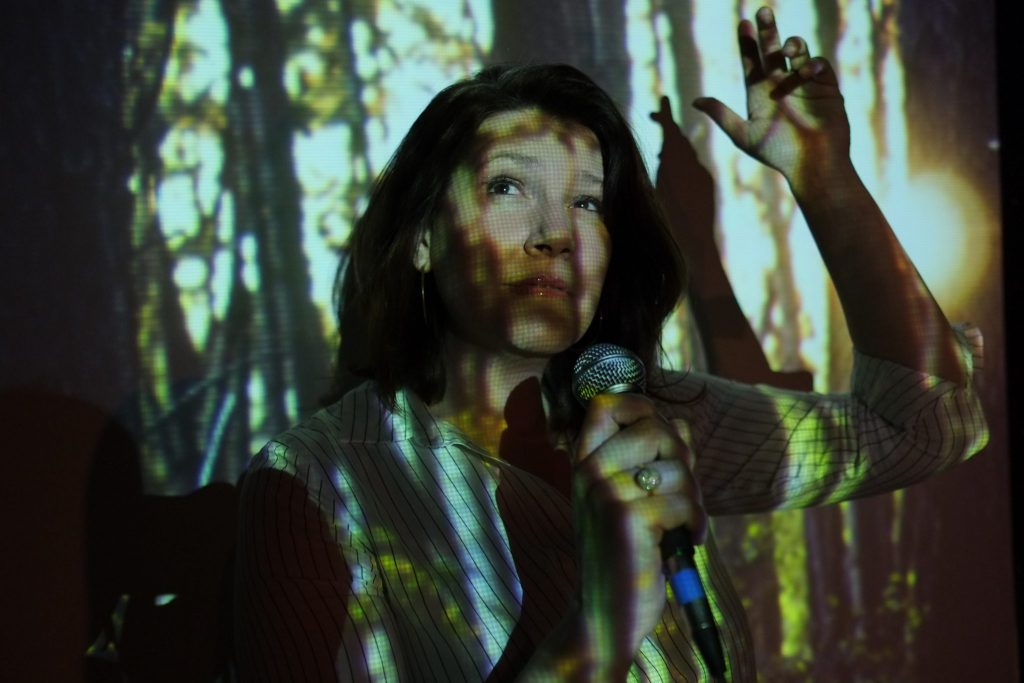 Where did the idea for Songbirds come from?

For many years I’ve been working with musicians and creating shows which combine storytelling and music. It is a process which I really enjoy but it is very labour intensive, and sometimes the logistics can be a challenge. I’ve recently moved away from London, so I haven’t had my same musician friends at hand. It was a combination of not having the usual team around and coming to a natural pause which made me think about where to go next. I got that feeling that it was time to move onto something new, and I felt like exploring my voice might be an interesting place to start.

The album came out of a pursuit of self expression. I wanted my audience to feel closer to the stories I was telling, and I wanted to connect with them on a more personal level. I decided that communication and expression linked to having a good understanding of my voice and realising its full potential. I’ve been trying to use my voice to get closer to the emotional sound. Songbirds is an exploration of that idea, but it also tells the story of how I learnt to find my voice.

How do the live shows relate to the recording?

The live show came first. I did some scratch shows at The Wardrobe theatre in Bristol. I turned up with my looper and started telling the story, and that’s where it all started. Helen Meissner (who runs Folkstock records) was at one of those first shows and she suggested that I make an album from the material I was creating. I sent her a handful of tracks and we started thinking about how best to approach it.

When we recorded the album I was really keen to keep it as spontaneous as possible. I worked with a brilliant young producer called Lauren Deakin Davies. She was open, and we experimented with all sorts of different ideas. There were no expectations and no limits – we kept the sessions free and informal. I wanted it to be as causal as when I record at home. There had to be space to allow things not to be perfect, and to see what might happen. I feel at odds with this current world of autotune madness, and I didn’t want this album to go down that kind of path.

The live shows and the album both tell the same story. I also hope that the spirit of spontaneity shines through on the recording as much as it does in a performance context. When I do Songbirds live I like to try and bring the audience with me. The show is very interactive and the whole of the second half is a collaboration with the audience. I like to harness the energy of the room and make something in the moment. Sometimes it can be a little bit anarchic but those are the moments I enjoy the most. It makes performing exciting, and you never know what might happen next.

Could you talk a little bit about how you found your voice?

I’ve spent a lot of my performing career getting inside other people’s voices. I’ve always enjoyed singing other people’s songs, and some of the shows I’ve done have involved exploring different artists and their careers. When preparing for those roles I’ve tried to approach it like an actress. It wasn’t until I did a show about Dory Previn that I started to think in more detail about my own authentic voice. Dory Previn was an incredible singer, and a big part of her philosophy was accepting the occasional blemish and not being perfect. She talked about allowing her authentic voice through, and this really resonated with me.

Another big chunk of the story involves singing with Bobby McFerrin. I had always been aware of Bobby McFerrin but I had never really explored his work. After a bit of research I felt inspired to book a place on his CircleSongs retreat in the Hudson Valley. He brings together singers from all over the world to spend a week making spontaneous vocal music. The course is guided by Bobby and his brilliant team of five musicians. It was an incredible mix of people and different skills – there were body percussionists, deep Russian basses and vocalists from all walks of life. Everyone was there for a different reason and it was such an exciting time. It was exactly the kind of immersive experience I needed to find my voice, and it was great to be in such an open environment. I found things in my voice during those workshops which I’d never found before. I felt like I was connecting on another level, and the course made me fully appreciate music as something totally personal.

Part of my live show now is telling that story – literally! I’ve got recordings of some of the music we made with Bobby, and I play a few short clips to transport the audience to the Hudson Valley. I’ve also tried to capture  some of the spirit of that week. I like to try and keep my performances spontaneous. It can be really liberating to go into gigs with little or no plan and see what happens. Sometimes I I start singing without knowing what is going to come out or where it is going to go next, but that’s all part of the fun. The next stage is to get the audience involved, and to make music together.

What do you want people to take away from the show?

So far the feedback I’ve been getting has been better than I could have imagined. It is so amazing to hear people I’ve never met before tell me that Songbirds has inspired them to explore their own voice. That idea of connecting people to something is really what it is all about. I hope that the show creates a space where people are allowed to go somewhere personal and connect. It is about community and bonding together in a a shared experience. I keep finding myself in churches and village halls where there is an inherent sense of community, and that is where the show feels most at home. I like the idea of ‘secular spirituals’ – music which speaks for itself and brings us all together.

I’m doing lots of touring round the country, and I’m looking forward to meeting new audiences along the way. This is a show for anyone and everyone so have a look at my website for dates because I might be singing in a hall near you. In November we’re even taking Songbirds to New York, which is really exciting! 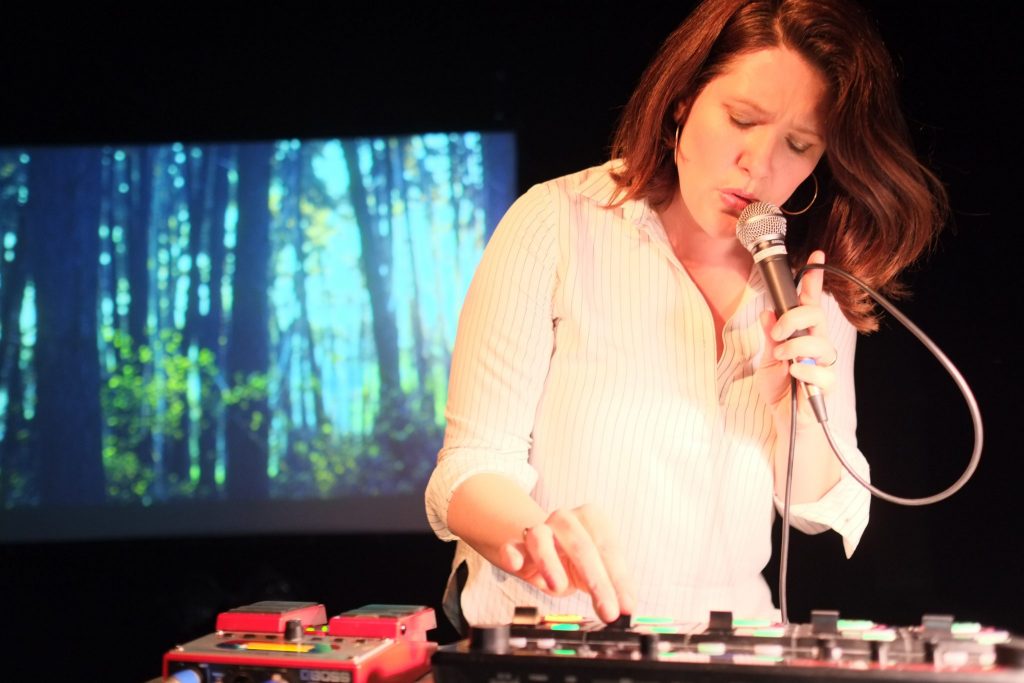 If you’d like to find out more about Kate and Songbirds then have a look at her website for links to the live shows and the album: http://www.katedimbleby.com