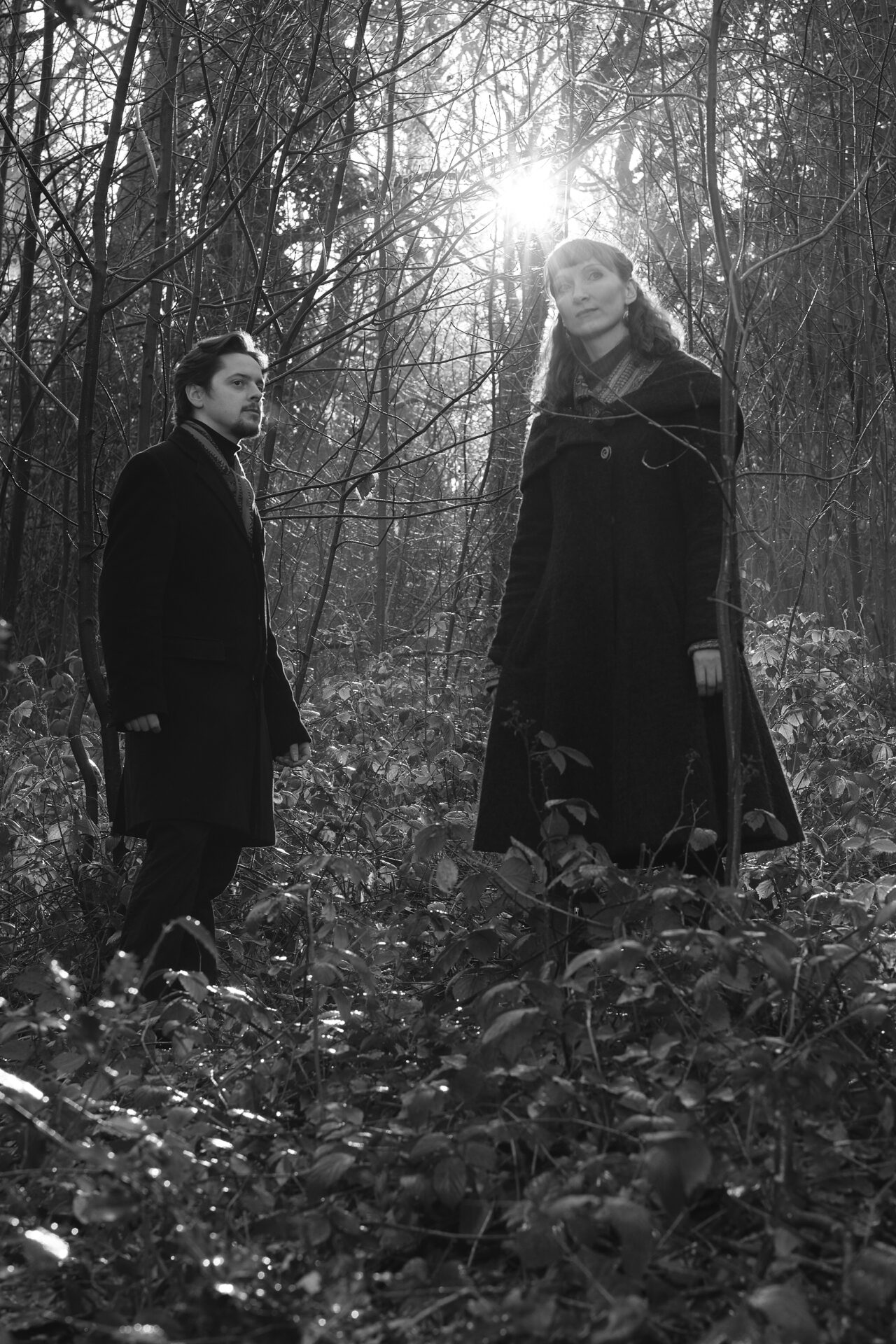 James Kitchman (guitar) and Sylvia Schmidt (vocals) are the Kitchman/Schmidt duo. The pair met in 2014 on the London jazz scene, and discovered a shared musical interest. Drawn together by an expansive approach to song, interpretation and improvisation the duo began to put their own slant on traditional music, with a particular affinity for the Anglo-American folk songs of the Appalachian mountains. Both performers hail from rural backgrounds with strong musical traditions; James from Northumberland and Sylvia from Saxony, Germany. Their music draws on a deep respect and affection for the traditional songs of their communities, alongside studies in jazz and improvisation. The duo’s sound embraces the tension between preservation and transformation, creating a space in which the haunting beauty of nostalgia and irresistibility of change intersect. The Kitchman/Schmidt duo have just released their debut album ‘As Long As Songbirds Sing‘. 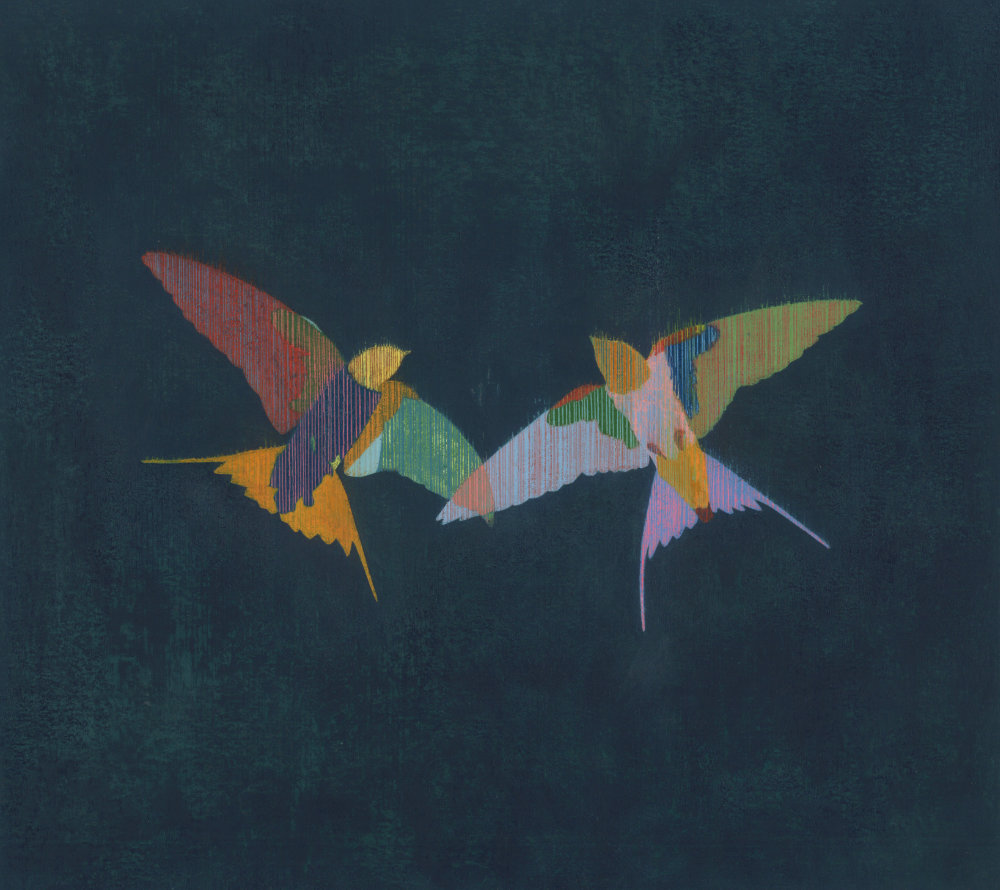 How would you describe your sound to someone who hasn’t heard any of your music yet?

The first things that come to mind are bittersweet and ethereal. I think storytelling is an important concept. Bare, stark, deeply felt and with fragility in the sound. I think there is a constant emotional play between force and fragility.

How did you both meet and come to make music together?

We met at a late-night jazz jam at the Hippodrome Casino, believe it or not. We both went up to play and our first conversation was about which tune to play; “Never Will I Marry” by Nancy Wilson. Afterwards, we got chatting, noticing we really enjoyed playing with each other, so made a plan to meet again to play. It took a couple of years before we started playing regularly, as I lived in North London and James the South. We first began with what we knew best to frame our musical interactions – jazz repertoire (the Great American Songbook). We had great fun trying to be free with the material and manipulate it within our own contemporary world-views, whilst staying true to the tradition. This approach remained with us even when we began to move into reinterpreting different music i.e John Jacob Niles and Appalachian Mountain folk music.

Your new album is called As Long As Songbirds Sing, where did the title come from and what can we expect?

The title comes from one of Niles’ most famous tunes “Go ‘Way from my Window’. It’s quite a tragic tune about a break-up. The person who is heartbroken is releasing the other into freedom but not without mentioning that they will ‘never forget their true love – as long as songbirds sing’. Niles wrote this tune in efforts to charm a “blue-eyed blonde girl”: unfortunately, she was utterly unimpressed!

We loved the nostalgia and imagery of the line and we are very pleased with the beautiful way in which painter Greg Genestine-Charlton reflects upon it in the album artwork.

Listening to the album you can expect to be taken on a journey that traces human stories of class and cultural differences, landscapes, parting and love.

How did the album take shape, and what was the process like?

We did not see our work as an album from the start, we just worked on new material – on a tune-by-tune basis – whilst researching Appalachian Folk melodies and lyrics that we felt most connected with. We played this material until we felt we had reinterpreted it and made it our own but whilst respecting and reflecting the traditional elements and stories that go alongside it. When we had 7 songs, we went to record an EP in 2018, but we realised that something was missing. The narrative arc did not seem completed and there were several other songs on the drawing board we felt strongly about, so we added these and eventually found ourselves with a full album of material we really cared about. It’s been a highly personal, challenging but also rewarding process.

Are there any inspirations behind your collaboration and the new album?


James heard a recording of the ECM pianist Kit Downes playing Black is the Colour on church organ which really fascinated him. This led James, and then me, into the work of John Jacob Niles, the Appalachian Folk song collector. I remember James playing me some Niles songs whilst cooking dinner in his kitchen and I was utterly confused at first over Niles’ expressive performance style. His weeping tone of voice and dramatic vibrato had a bit of a ‘Marmite effect’ on me. I found it emotionally deeply engaging although usually I would find this style of singing too much. But somehow, with Niles, it works. Listening to more of his material, my appreciation for his artistic work grew fondly and it allowed us to be more daring than ever with our interpretation of these songs.

What do you want people to take away from As Long As Songbirds Sing?

I’d love for people to sit down with a cup of tea and listen to the whole album and enjoy it as some time off – a journey. Sounds like a big ask!

I’ve been listening to Sílvia Pérez Cruz who James sent me a live recording of. I found her work utterly beautiful – it really touched me. Her voice and passionate way of storytelling symbolises the essence of vocal performance for me. She seems completely free and her style transcends genres … and time ! It seems timeless. Playful is a brilliant word, but everything she does serves the story and emotion. Leïla Martial is also a brilliant example of this.

Yes! Both James and I have been working with Glaswegian saxophonist Jonathan Chung: James is a permanent guitarist in his trio, Glasshopper, and I feature on a couple of tracks. The album “Fortune Rules” is newly released on “AMP Music & Records” . In July I’ve also been in the studio with my vocal improvisation ensemble, which includes Jaka Skapin and Briony Greenhill, among others, and we’ve recorded an album full of improvised a capella songs. This will be released under the title “Remembering” early 2021. 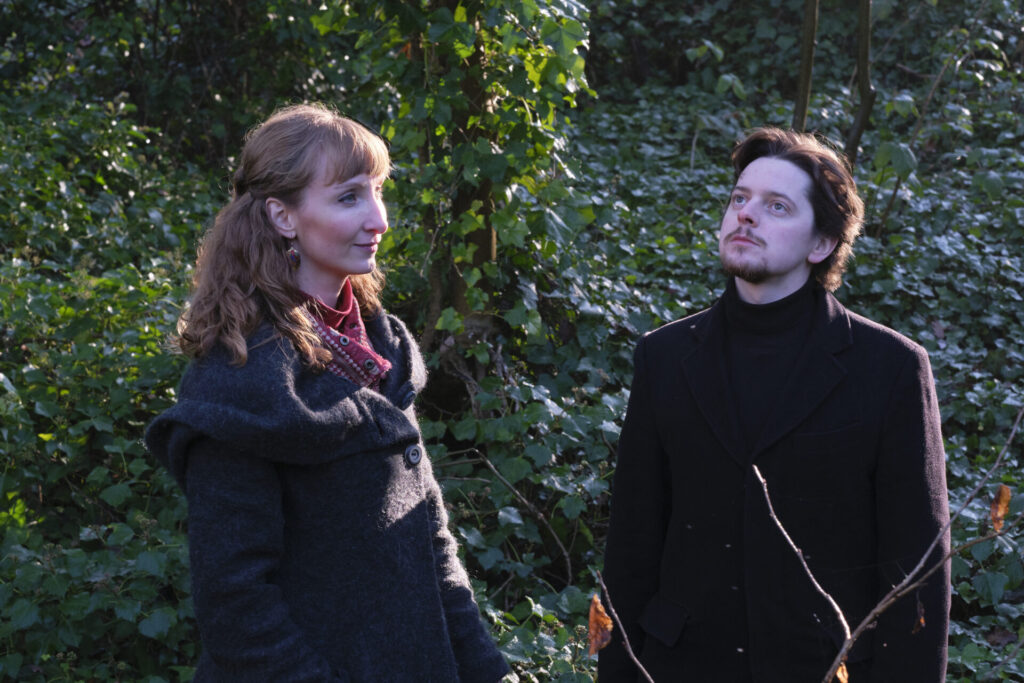 You can also listen to ‘As Long As Songbirds Sing’ HERE