Leila Martial and Valentin Ceccaldi at the Match&Fuse festival

Leila Martial and Valentin Ceccaldi are in London to perform at the Match&Fuse festival. The venue is New River Studios – an artist’s hangout not far from Manor House. The converted warehouse is a warren of hidden rooms and pop-up performance spaces, and the festival makes full use of the labyrinth and its secret pockets. There are some fantastic performers on the bill; the only challenge is finding them! 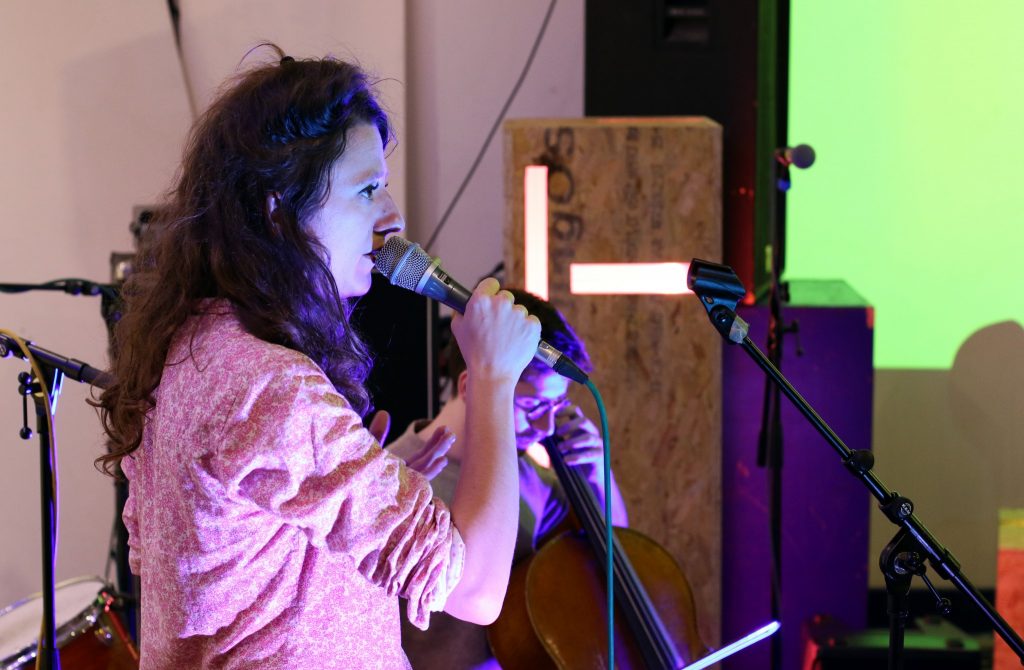 Leila Martial and Valentin Ceccaldi perform under the name ‘Fil’. Leila is a singer and improviser from Paris. She is involved in all sorts of different ensembles and bands, including a solo project. Her new album Baabel is an exciting blend of experimental jazz and rock amidst a flurry of vocal madness. Valentin Ceccaldi is a cellist who is making waves on the contemporary music scene in Paris and beyond. This will be their first performance in London as ‘Fil’.

The setting is intimate and informal. The audience are encouraged to relax and feel comfortable, and so the floor space is hidden under crossed-legs and carefully balanced beer cans. Bodies spill out into the corridor and the small room is bursting at the seams. There is a buzz of excitement, and an air of intrigue as the duo take to the stage.

Leila and Valentin are the perfect combination. Voice and cello weave melodies in and out of textures, complementing and supporting each other. There is never a dull moment, and the two performers present a master class in exploring and manipulating material. The set is made of three different pieces, all of which feature extended passages of improvisation. The first piece is their own version of a song by Gabriel Fauré. The arrangement is the most contained of the set, and a great showcase for the two musicians’ skill and finesse. The second song is an original composition, and much more eccentric. The third and final song is a dramatic and stunning realisation of a song by Manuel de Falla.

Leila is a natural communicator and an engaging performer. Her vocal improvisations are bold and bombastic, and she explores every possible timbre and technique as her voice dances around the cello. She has an effects pedal and a looping device to add even more colour and creativity. She uses both mechanisms sparingly and to great effect, mixing in occasional elements of distortion and reverb. In contrast Valentin is measured and thorough – he is a reliable tonal foundation, and the perfect springboard for Leila’s vocal explorations. He is also responsive and expressive in his performance, the cello sings as much as Leila does. It is Valentin’s lyrical approach to the cello which makes the collaboration so successful. His breadth of colour is the perfect companion to Leila’s interpretation of the text and eccentric vocal flourishes.

The duo hold the audience captive, and when a beer can is dropped the entire room is startled. Their presentation is simple and spellbinding. The crowd is transfixed, held in total suspense from start to finish. It is a mesmerising performance, and a fascinating match of musical minds. ‘Fil’ are a live act like no other. 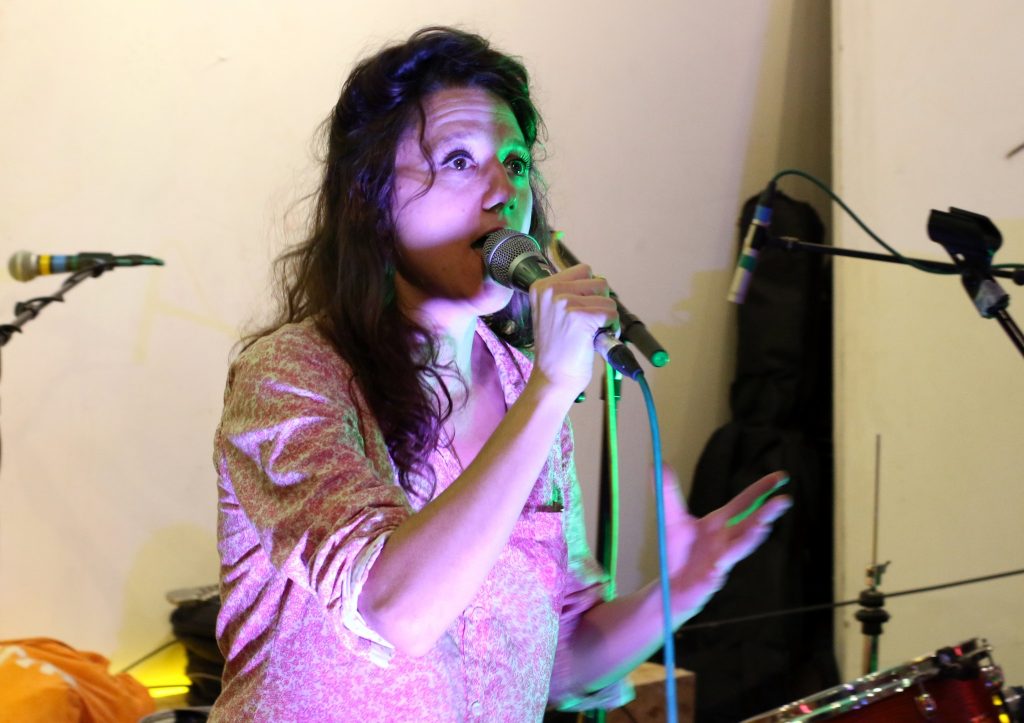 How did this collaboration come to be?

VC: We met in an orchestra for improvisers. We were supposed to perform a duet as part of the concert, and there was an instant connection.

LM: A little bit later I was given the opportunity to perform at a jazz night in Paris. I asked Valentin if he would like to join me for one song, and we could prepare something as a duo. It was really enjoyable, and we both felt that there was more to explore. So the next stage was to perform a couple of improvised gigs together. Since then, little by little, the collaboration has continued and we have developed.

VC: We now have a handful of songs we have prepared together. It started with a cover of ‘Left Alone’ by Billie Holiday, and since then we have worked on our own version of songs by Faure, Purcell and some originals too. 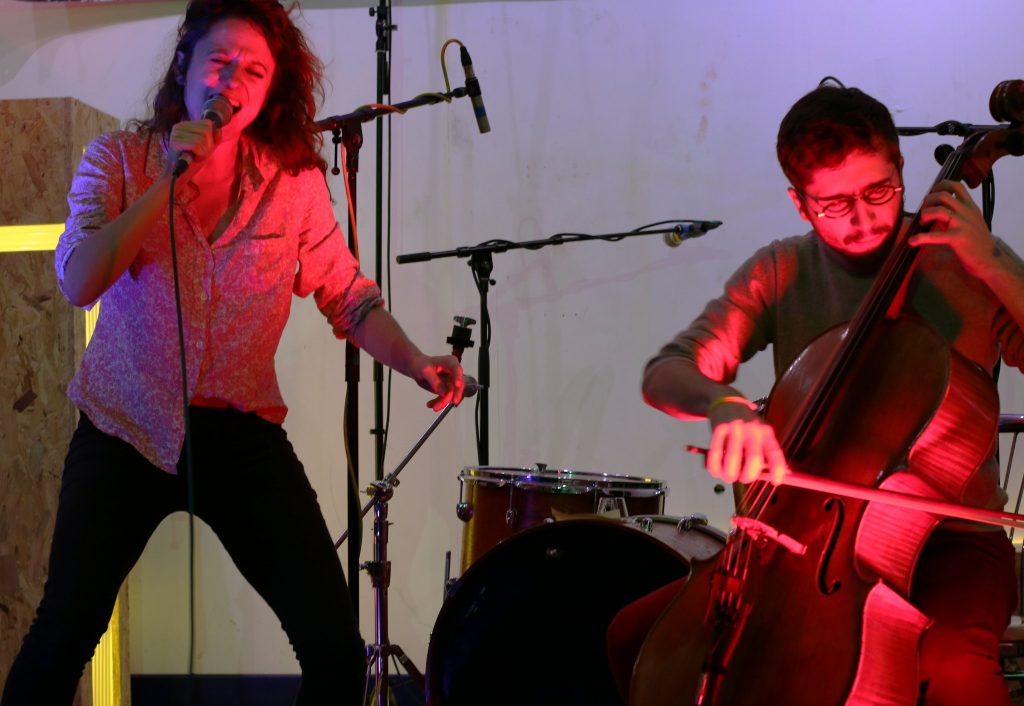 When did you first discover improvisation?

LM: For me it feels simple and natural. I remember playing with sound and language as a child. My favourite game when I was small was imitating strangers, and mimicking different accents. I enjoyed pretending to be from the same country as someone else, and noticing the specific sounds we all make. I think improvisation is manipulating sound. We all have an innate sense of curiosity, and exploring your own voice is an extension of that. There is something natural about it.

VC: I think for me it was all about meeting with improvisers, and being exposed to live improvisation. I felt inspired by watching other musicians take control of the music in the moment, and give it their own stamp. I like the idea of identity, and being able to show something new. There’s something defining about being able to say to an audience, ‘This is me – and this is how I play’. 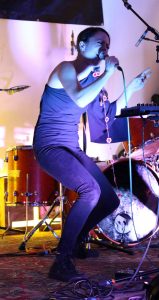 Could you talk about some of your influences? Is there much shared musical interest between the two of you?

VC: We move in the same world, and there is definitely common ground in terms of the music we love. We share lots of our favourite artists, but we can also learn from each other’s interests and tastes. For example Leila listens to a lot of Balkan music, which I would never have discovered without her introduction.

LM: I think the biggest area of crossover between us is classical music. I grew up in a family of classical musicians and so have been exposed to lots of the repertoire. I don’t listen to much classical music now, but it has definitely shaped who I am.  Valentin lives with a classical cello player, and so he is surrounded by this music too. Some of the music we make together stems from classical music, and we have performed our own versions of songs by Purcell and Fauré.

What’s next? Have you got anything exciting coming up?

LM: We want to record together in May next year, and hopefully release something soon after. We’ve got this idea of a thread, which never stops, weaving between the songs and sewing them all together.

VC: We’d love to come back and perform in London in the future. We are open to meeting new people and performing in unusual spaces. Maybe churches – we have always talked about doing a church tour! 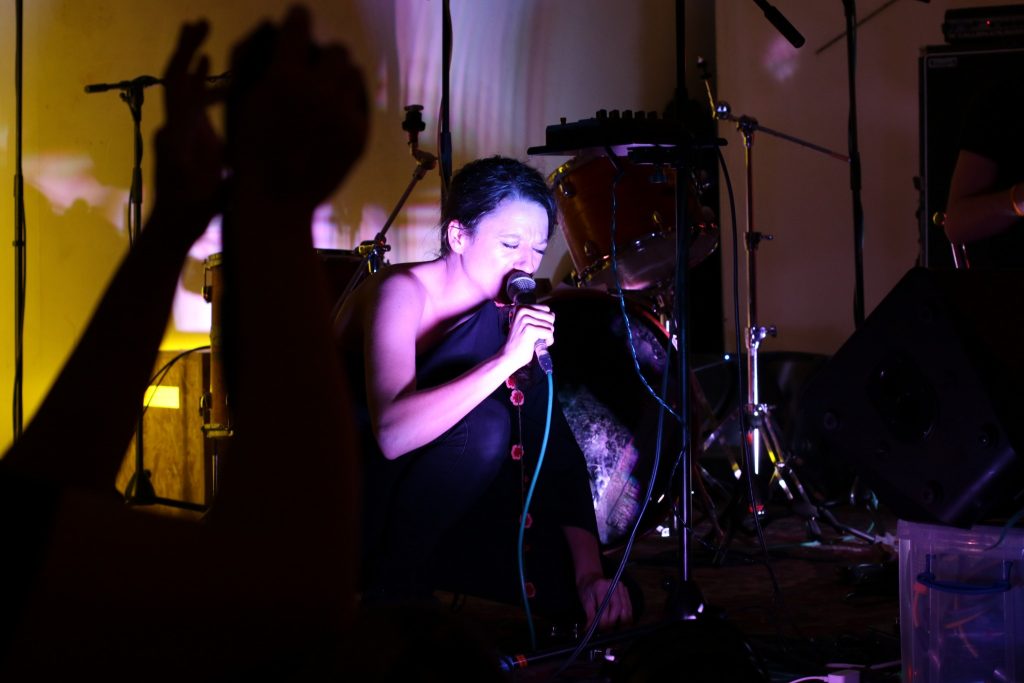 Massive thanks to Leila and Valentin for an amazing performance, and for giving us some of their time. Be sure to check out their music.

We would also like to thank Match&Fuse for giving us access to the festival, and for a brilliant weekend of music. Match&Fuse create and support collaborations between artists from all over the world. To find out more about Match&Fuse take a look at their website.