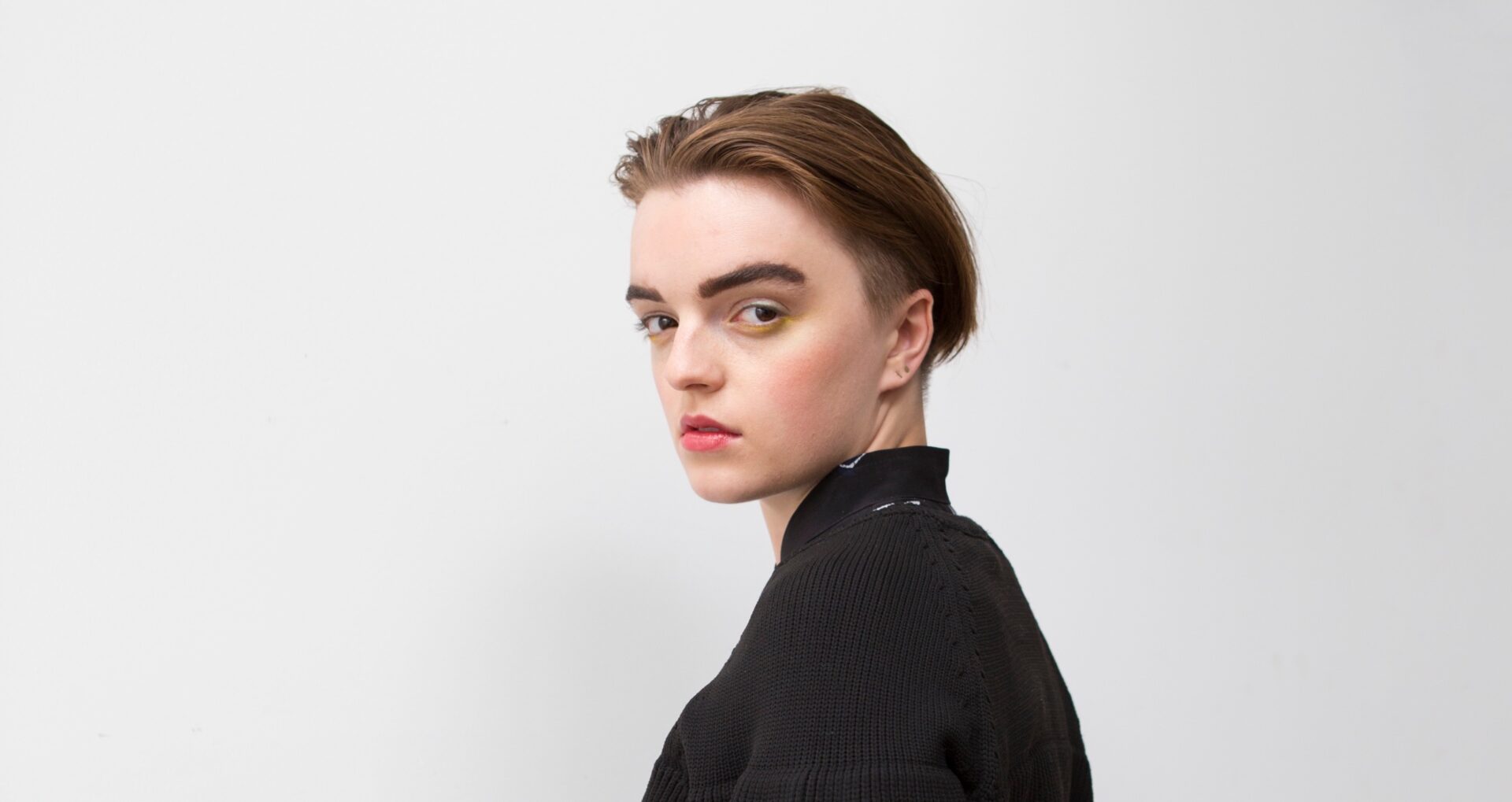 Molly Pease is a vocal artist and composer based in LA. As a singer she is involved in lots of interesting projects across many genres, and seems to be circling the epicentre of new vocal music. Her own solo music is ambitious and bold, exploring elements of improvisation and extended vocal techniques.

You’re a vocalist and composer – do you feel more at home in one of those worlds?

I definitely feel more at home as a vocalist, because I’ve been doing it my whole life – it’s such a huge part of my identity. But composing is exciting and new for me (I’ve only felt comfortable calling myself a composer for about 5 years). It’s a way to challenge myself and to use my sonic imagination. I’ve always had a very vivid imagination so to apply that to music is an exhilarating experience.

How did you find your singing voice?

My Mom always says I sang before I spoke. It was a very natural thing for me as a child to sing, whistle and hum – and I did it constantly. I actually got a lot of complaints from teachers in elementary school that I was doing one of those things during class instead of paying attention. As a child, I was always looking for ways to perform, whether it was just in the living room for my family or with choirs and in musical theatre productions, which I started doing at age 5. Also, as a 2 year old I watched The Wizard of Oz for the first time and was so inspired by Judy Garland’s singing that I decided then and there that I would pursue that as a career.

How would you describe your music to someone who’s never heard your work?

My music defies genre, incorporating elements of folk music in sweet and soaring melodies, choral layering, avant-garde improvisation, soulful expressivity, and rock explosiveness. There is also a fair amount of experimentation in the music, resulting in textures and sonic landscapes inspired by dreams and nature.

What’s your process when thinking about a new work or song?

It depends a bit on whether I’m setting my own words or someone else’s, or writing a wordless piece, but I usually begin by softly singing melodies to myself while walking around the park. If I like something, I’ll record it on my voice memos app. I love voice memos because you always get the background noises – cars driving by, birds, people talking – it actually helps inspire my next step, which is crafting a chordal or textural bed for the melody. Often, I’ll close my eyes and as I move my fingers around different note combinations on the piano, singing the melody over it and improvising for a while, recording the whole time. Sometimes I don’t even use the piano, and just record vocal layers on top of each other, playing with noise-based vocal sounds to imagine what a string instrument or electronic element might do to support the melody. 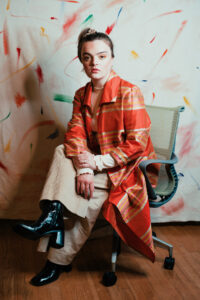 I do all of what I said in the above answer, plus I spend a lot of time speaking the text to myself, looking for the moments I want to emphasize. In the opera project I’m working on right now, my librettist partner Divya Maus has actually sent me recordings of her and her husband speaking the dialogue, and it has been really helpful for my text setting process.

Who would you consider to be your main influences?

My main influences are definitely Björk and Joni Mitchell, but I also draw a lot on the music of Aretha Franklin, Radiohead, Circa Survive, The Mars Volta, Nina Simone, and Meredith Monk. Plus, I’m endlessly inspired by the music from Miyazaki movies – composed by Joe Hisaishi, and anime music by Yoko Kanno. Basically, my influences are all over the map.

You’re a massive collaborator and involved in lots of interesting projects. What do you take from collaboration, and how do your collaborations come to be?

As a composer, collaboration is one of my biggest sources of inspiration. Composing can be a bit of a lonely process, but as soon as I start imagining different musicians or artists I might want to work with on a piece, I get excited. I’m a very visual person, and a lot of my musical ideas are linked with some sort of aesthetic or color palate. Sometimes even before I’m finished with the music, I reach out to artists I want to work with to achieve the visual aspects of how I envision the piece in my head. This has lead to collaborations with fashion or graphic designers, animators, video artists, choreographers, and even chefs. My most recently released project is Inner Astronomy, which was initially a collaboration between my father (his poetry and crayon drawings) and me, but has grown to incorporate vocal and string music, fashion design, photography, videography, animation, movement work, and collage. I’ve really enjoyed sharing such a personal project with so many amazing artists from different mediums.

Can you talk a little bit about some of the amazing groups and projects you’re involved in?

Performing music of other composers is a huge passion of mine, and it also feeds my own creative work in a big way. During the pandemic, my most consistent outlet has actually been my church singing job, which I’m so grateful for. First Congregational Church of LA performs all different genres, and premiers a lot of new music as well. We’ve been churning out amazing programs week after week in virtual services that stream on YouTube. Aside from that, I’m a member of art-pop collective Hello Forever, social-justice focused choir Tonality, contemporary choral group C3LA, and new music vocal ensemble HEX. I also love performing in a more theatrical setting, and got to premier multiple solo roles in The Industry’s acclaimed opera “Sweet Land” right before the pandemic began. I’ve also performed in productions with theatre dybbuk, Overtone Industries and Opera Povera. 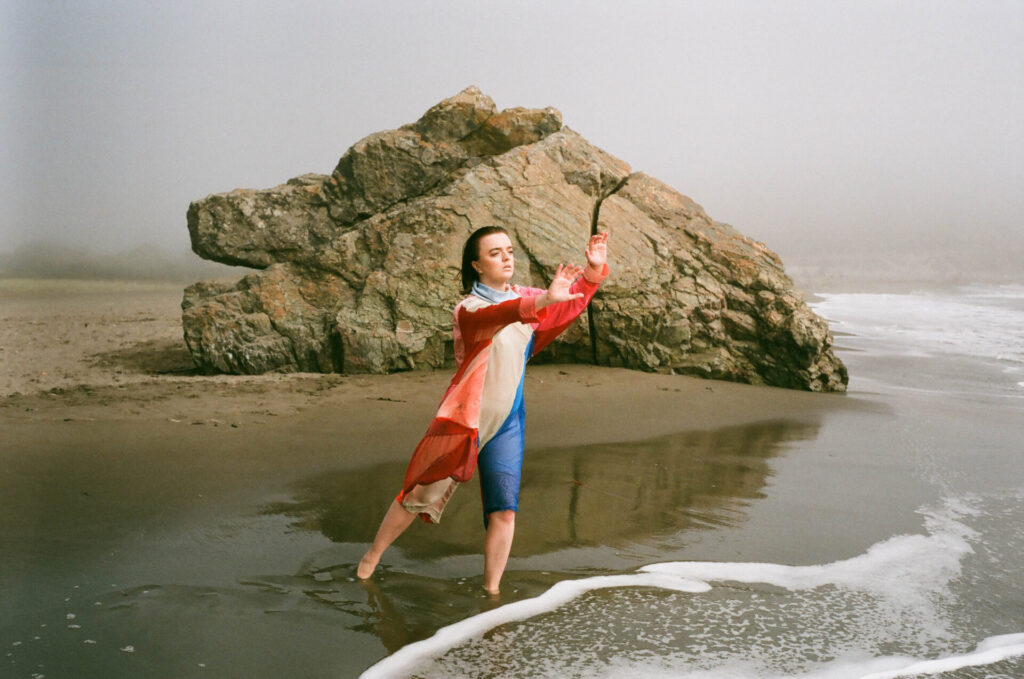 I’m very excited that it seems like vocal music is becoming more and more eclectic, allowing for artists who live in more than one musical realm to take center stage. Seeing groups like Roomful of Teeth featured in the New York Times and composers like Du Yun and Caroline Shaw winning Pulitzer Prizes is very inspiring. I think vocal music (and music in general) will continue to become more multi-faceted, as exposure to music from all over the world becomes easier and easier.

I’m listening a lot to Moses Sumney’s newest album Grae (all-around amazing), to Nils Frahm and Anne Müller’s 7fingers (great for very contemplative hot baths), and also Animals As Leaders’ The Madness of Many (current favorite workout soundtrack). I highly recommend all these! Oh and also, the Nausicaä of the Valley of the Wind soundtrack, which I recently got on vinyl.

What’s next for you? Have you got anything exciting on the horizon?

Although the pandemic has put a lot of things on hold, some projects are starting to peak over the horizon for me. I have a couple more elements of the Inner Astronomy project to release, including a book of the poetry and crayon drawings and a music video for the song “Higher Power” that uses stop-motion animation. They should both be out within the next couple months.

Currently, I’m currently working on the beginnings of my first opera with collaborator Divya Maus who is the librettist. It’s a modern opera called HYSTERIA, and explores both myths and truths about women, their emotions, and their ambitions. It was accepted to “Original Vision”, a development workshop through opera and musical theatre production company Overtone Industries, which will culminate in a showcase of one of the scenes, sometime in the Spring.

Aside from that, Hello Forever is gearing up for a May tour through the South and Midwest opening for the band Mt. Joy, HEX is preparing for recording projects with chamber ensemble Brightworks and for the Hear Now Festival, and C3LA is planning our next concert in collaboration with electronic music group PiE. I’m also involved in theatre dybbuk’s next production “Breaking Protocols”, but dates for the run of that show haven’t been announced.

You can find out more about Molly, and all of her interesting projects HERE