Olivia Salvadori is an Italo-Australian soprano based in London and Milan. Her anticipated debut album ‘Dare Voce’ has just been released. The record is an experimental song cycle which combines vocals and electronics, and features a whole host of contributing musicians.

Olivia’s rich and operatic soprano voice is framed in nine different contexts as the album challenges our prescriptive perception of genre. ‘Dare Voce’ is continually meandering and shape shifting. At its most conventional the music reflects the tradition of Olivia’s vocal training, and there are also references to folk music and recognisable song structures. However, the instrumentation and electronic accompaniment is progressive and unusual. The album is avant-garde and experimental at its core, and any familiar sounds or structures are subverted, or taken out of context and framed alongside more contemporary ideas. ‘Dare Voce’ is full of the unexpected and, despite being hard to pin down, it is an engaging and rewarding listen. This is a remarkable and bold exploration of the human voice. 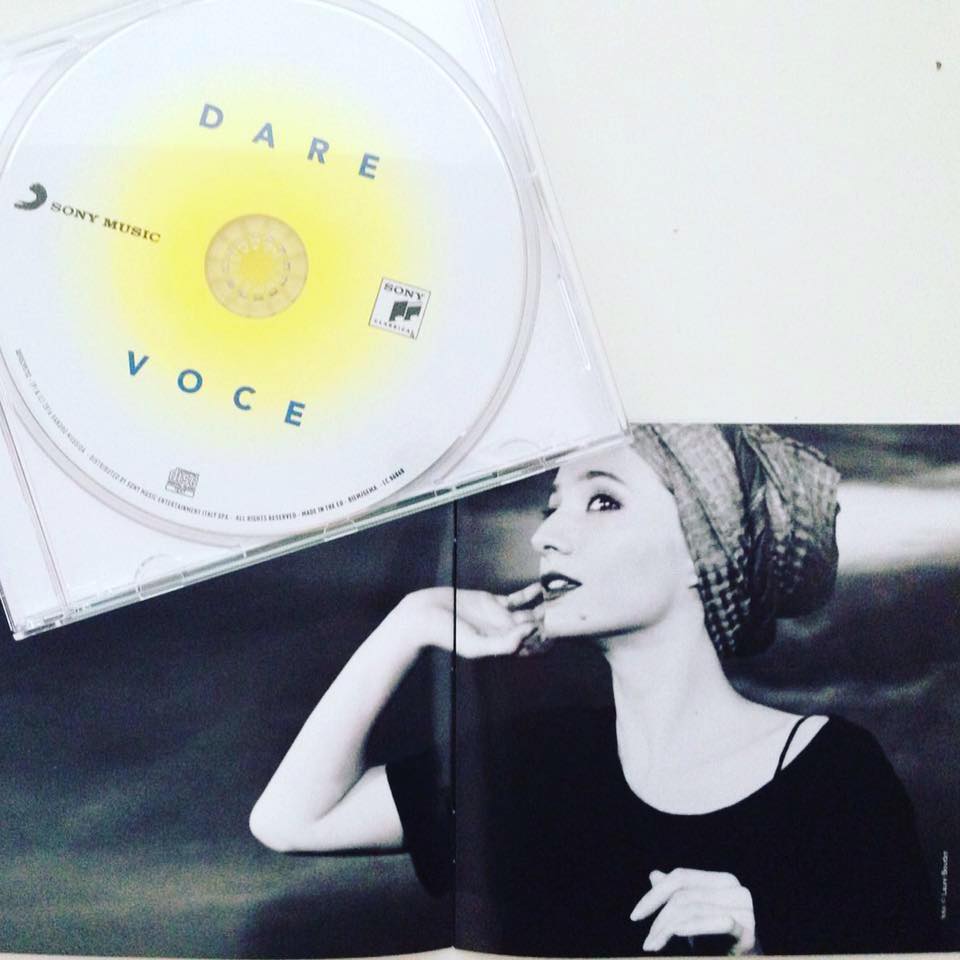 What’s your musical background, and how did you discover your voice?
I had a very musical upbringing. My first school was a Rudolph Steiner school – and music was a big part of my daily life. I think I’ve always been a musical person, and I discovered that singing could be a place of communication between my intimate world and the world outside.

After school I started studying at the Scuola Di Musica di Fiesole, which is a beautiful villa in the Tuscan hills overlooking Florence. I spent my first years there uncovering and discovering my voice in more detail. I started with vowel sounds and the specifics, which was fascinating to me, and then I started to apply these new techniques to melodies. Initially my repertoire was focused on Leider – Brahms and Strauss – and I will always remember the feeling of those melodies blooming inside me! I was interested in discovering the full range of my voice, starting from the core and finding its true nature (which is why I like the word ‘uncover’), while at the same time learning about myself.

My next step was to continue my studies at the conservatoire in Parma, where I spent a few years going deeper into vocal studies, repertoire and technique. During this time I met a fantastic vocal teacher in Milan called Maestra Gianfranca Ostini. I left the conservatoire  and decided to continue my studies with her. I’m of the mindset that studies and research never finish – it is an ongoing process – I am always learning, expanding and taking on new challenges.
What can you tell us about your new album ‘Dare Voce’?

The idea for the album was born in 2007 when I first met the composer Sandro Mussida. We had an exciting collaboration where we started to figure out how I could apply the techniques I was learning in my operatic training within other dimensions. We wanted to explore how electronic instruments might work with this sound. It was total experimentation, and it was very free – but we felt like it was taking us somewhere interesting.

Once we had developed some substantial material we decided to record an album. The idea was to use musicians from lots of different backgrounds. We didn’t want the sound to be limited in terms of genre. I’m really pleased with the end result, and we managed to record with musicians from the rock scene, experienced classical players, jazz musicians and improvisers. It was amazing to open a dialogue between such a mix of talented performers and see where it would take us.

The idea behind the album is to give voice to different situations. ‘Dare Voce’ literally translates as ‘to give voice’. I think this is an album for people who are interested in sounds – an album for the curious listener.
Why do you describe the album as a ‘songbook’?

At the time of writing and recording the album I was listening to a lot of Cathy Berberian. I became very inspired by her work with Luciano Berio, particularly their collaborative Folk song cycles. ‘Dare Voce’ follows in that same tradition. This is not opera, despite the vocal performance. I would describe the music as a collection of songs, but presented in a different way.

I was also listening to lots of music by Demetrio Statos, Laurie Anderson, Yma Sumac and Patti Smith. This is the music that inspires me the most. It teaches us to be courageous and free. I would be honoured if people can feel that same desire in ‘Dare Voce’. We tried to approach it without any preconceived ideas of how it should sound. It was about going on a journey to see what we might find, and testing out ideas which would hopefully take us in an interesting direction. We wanted to discover our sound in the moment, and allow ourselves to be surprised. 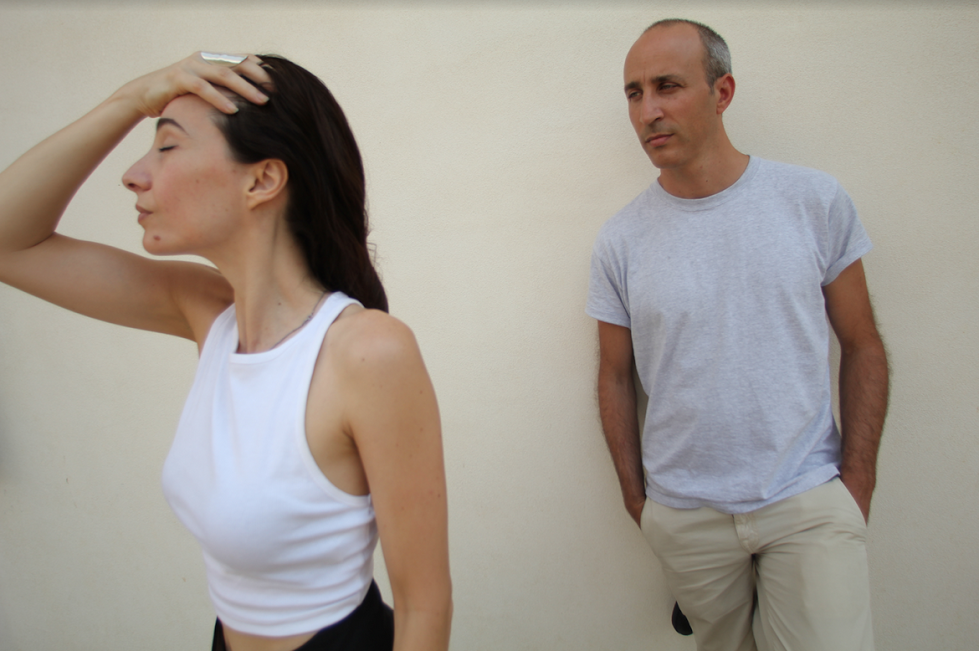 How does the album work in a live setting?
I would love to do a tour of the album. I think the live arrangements would be very different from the recorded material. The album was a specific moment in time, and a certain combination of people so it would be impossible to replicate that sound. It makes sense to take it in a different direction, and I think the live version will be much more minimal and more electronic. ‘Dare Voce’ was an ambitious project and I think it is a good challenge to present the material in different way. I want to incorporate sections of improvisation to go alongside the songs, and the live shows will be spontaneous and reactive. I’m also a collaborator so I like the idea of reworking the material with different performers, and presenting the same songs in lots of different ways.
You’re shooting a video for the album; can you tell us a little bit about that?

I’m directing a video for the song Isola. It is an abstract and lyrical piece, which was originally written for a movie I was a part of in 2010. The video is a collaboration with director Dustin Lynn and it will feature an amazing artist, dancer and performer called Brittany Bailey. It is going to be filmed in Garrison, not far from New York, in a very special location. I don’t want to give away too much, so I’ll reserve to tell you everything next time!

Some years ago Dustin and I met online, on Instagram to be precise. He had heard my music, and I got to know his work and we started writing to each other sporadically. I liked his approach and I sensed a connection between our styles, in a very spontaneous way, and when the album was finished I decided to contact him again. I had an idea to make a visual documentary to accompany the album, and so we met in Florence this summer to discuss how that might work. I was interested to know how Dustin and Brittany think about the relationship between vision and sound. I asked Brittany to listen to the song, and to get to know it, because on the day of shoot she will perform without music, as this is also part of her usual practise. The video will capture her performance, but also her experience of holding the chant and the sounds in her mind. It is not a conventional music video, but I think it will be a really interesting realisation of the song. I’m totally open to embrace the end result, and for me the visible shoot is only part of the process – our encounter, discussions, emails, thoughts and all of our shared flow are part of the final video.

Have you got anything exciting coming up?

Since moving to London I’ve been collaborating with a visual artist called Grace Schwindt. It is an ongoing collaboration and in the spring I will be a part of Grace’s performance ‘Opera and Steel’ at the Kaaitheatre in Brussels, together with percussionist Elio Marchesini. We will be working on different compositions for voice and percussion inspired by Grace’s vision, and we’re open to seeing where the process will take us.

I’m also a curator of a residency called Tutto Questo Sentire, which translate as ‘all these feelings’. International Encounters On Matters Of Sound. The residency has been running since 2014, and it is curatorial collaboration with composer Sandro Mussida, and my sister, the visual artist Rebecca Salvadori.

We started inviting musicians from lots of different musical backgrounds to join us in Capalbio, Tuscany to see if we could create an original piece together, and share the end result in a public performance. The musicians are encouraged to play according to their practices, and learn from each other. We encourage the artists to explore the nature of different sounds, and to view the experience as a place where differences can meet and eventually be translated into a performance. It is an on going project, and I think our next TQS will be in September 2017.

I’m also looking ahead to my next solo album, and trying to organise my ideas. Watch this space! 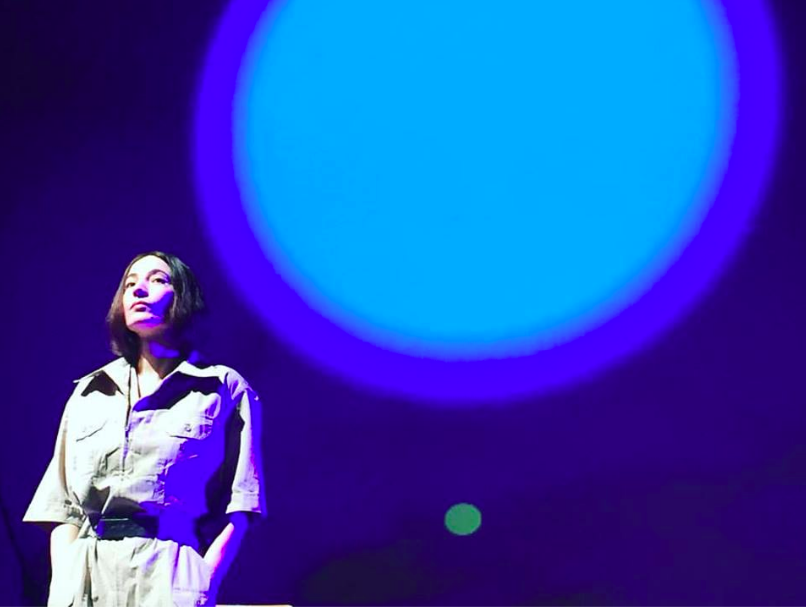 Olivia’s debut album ‘Dare Voce’ is available to stream and to buy now. You can also find out more about Olivia and her various projects on her website, Facebook and Twitter pages.