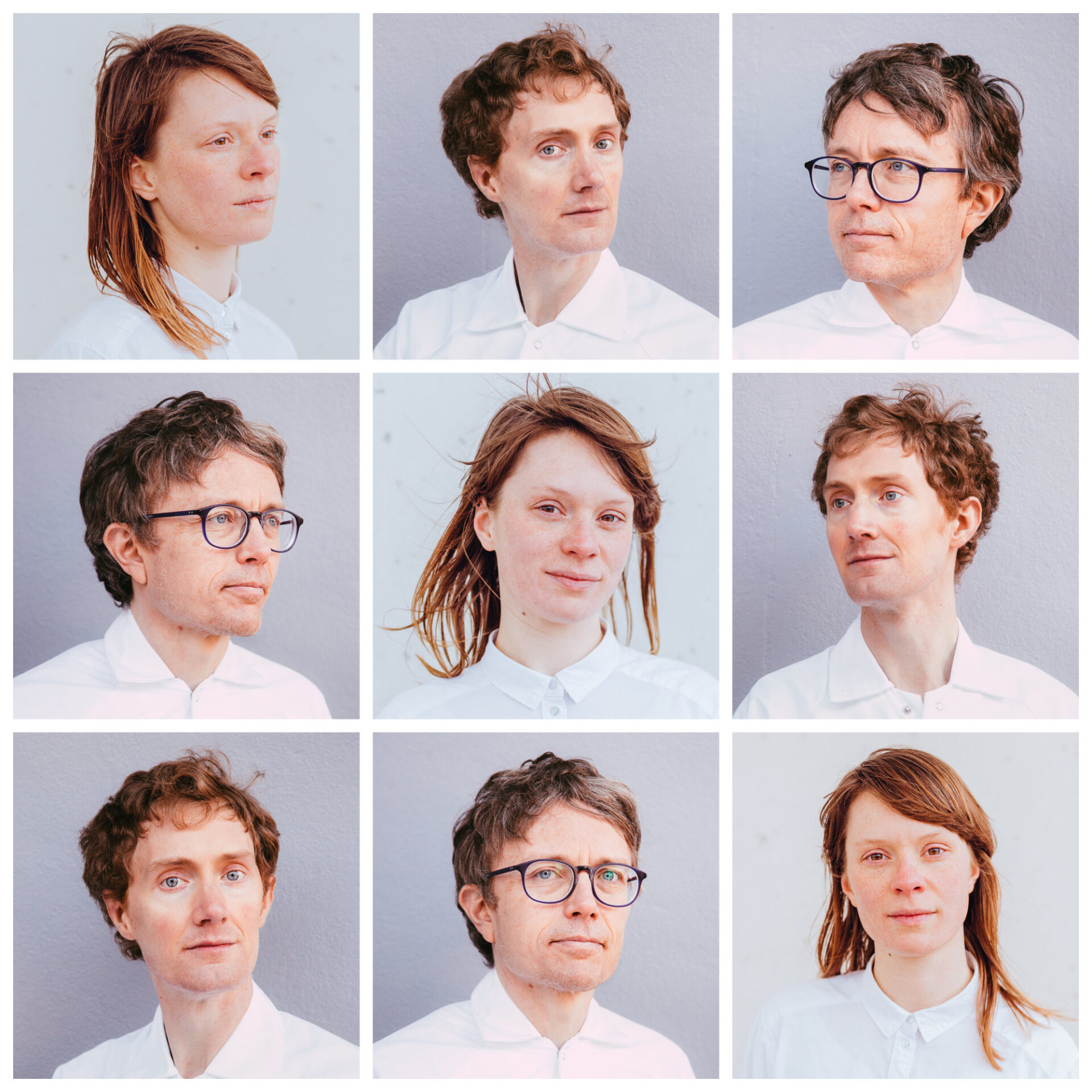 Render Ghosts is the new project from Tom O.C Wilson, Iain Chambers and Tamara van Esch. The trio are collaborating to create melodic and distinctive pop music, which is quickly finding a following. The band have just released their self-titled debut album which is bursting with inventive, infectious and catchy songs. Tom Wilson tells us a little bit more about how the music came to be…

How did Render Ghosts come to be?

What can people expect from your debut album?

Very colourful, compositionally deliberate pop music, with a heavily electronic sound – lots of synths – but quite a lot of other elements in there too! It’s stylistically pretty varied, but cohesive in terms of songwriting craft and emotional openness.

What drew you to each other to collaborate as a trio?

I think a lot of it comes down to personality, and the friendships that Iain had already built up organically with Tamara and Tom, each of which emerged out of a mutual respect for each others’ work. Musically our interests are actually quite disparate, but I think it works because we’re all fairly open-eared listeners, and are enthused by discovering new sounds to get excited about.

Where does the name Render Ghosts come from?

It’s a term invented by the artist James Bridle, and refers to computer-generated figures appearing on advertising hoardings. Probably all three band members have different ideas about how that name actually relates to our work! Speaking personally (and very much with hindsight!), I feel it reflects the way we use electronic means to create music with maximum humanity.

How does the writing process work?

It’s kind of different for each song. But in very broad terms, “Totally Numb”, “Director” and “Split Me Up” were all written by Tamara and Iain in person, with one or both instigating instrumental ideas which Tamara then took to develop a vocal line and lyrics. The rest of the tracks on the album started as internet collaborations between Tom and Iain, bouncing instrumental ideas back and forth via e-mail, and with Tom finalising words and vocal melodies, before all three band members got involved in fleshing out the final arrangement.

Are there any inspirations behind the group’s sound?

Too many to list! But I feel like we all bring quite distinct influences of our own. Iain is a big 80s pop connoisseur, as well as having a strong interest in musique concréte. Tamara’s early influences were guitar bands from the 1970s, plus modern day alternative pop acts like St. Vincent. Tom was reared on Sixties pop and 90s Britpop, before studying classical and jazz at university. And just before making the album Tom started a deep dive into contemporary commercial pop, especially acts like Alex Hosking and Jax Jones. So we’ve basically got all the decades covered! Oh, and Everything Everything are a huge influence, probably the most comparable band in terms of what we’re trying to do with fusing styles into a cohesive whole.

Well, I assume readers of this blog are already familiar with “blink blink” by Ben See, but I want to shout it out anyway, it’s great! Recently I’ve been really getting into “No.1” by Cordeiro, an exquisitely beautiful folktronica album. I’ve also been very excited by the first few singles by a band called Survibers, who seem to be brimming over with creativity. No album as yet, but I’m fairly sure it will be superb when it arrives!

What’s next for Render Ghosts?

Live shows! We haven’t been able to do these yet, but after sitting with this album for more than two years we can’t wait to get out and play them in person. We’re hoping that Tamara will be able to travel to London later in the year, and will be announcing a special live date in the next few months. After that we’re hoping to do some shows in Holland and elsewhere. And of course there are always more songs waiting to be written….

Click here to listen to the debut album from Render Ghosts. You can also find out more, and keep in touch with the group via their website.