Sarah Kirkland Snider is an American composer, and co-director of New Amsterdam Records. Her new album ‘Mass For The Endangered‘ was released on September 25th 2020. The work is a celebration of, and elegy for, the natural world — animals, plants, insects, the planet itself — an appeal for greater awareness, urgency, and action. The album is performed by the English vocal ensemble Gallicantus, led by Gabriel Crouch. Previous albums include Unremembered (featuring vocalists DM Stith, Shara Worden & Padma Newsome) and Penelope, an orchestral song cycle based on the faithful wife from Homer’s Odyssey (also featuring Shara Worden). ‘Mass For The Endangered‘ is out now on New Amsterdam and Nonesuch Records. 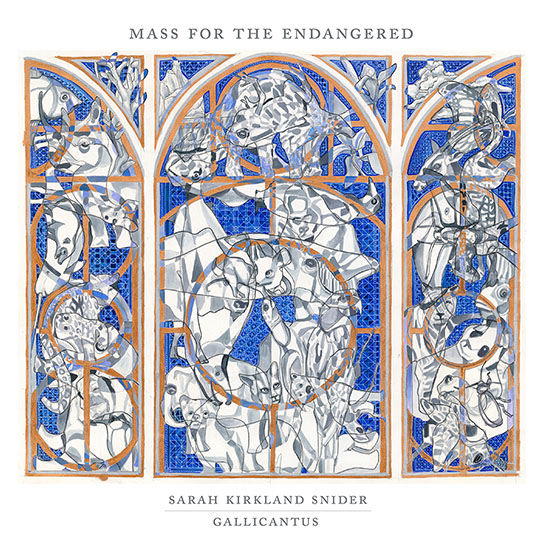 Mass For The Endangered – album artwork by Nathaniel Bellows

I would tell them I’m interested in immersive atmospheres and vivid narratives, and that my music tends to be driven by melody and harmony.

What’s your musical background, and what led you to become a composer?

I grew up playing piano and cello and singing in choirs. I also studied guitar and drums for a little while. I was always writing music in my head and at the piano, but I didn’t show it to anyone, and didn’t think of composition as a viable career path — I didn’t really know of living composers, let alone female composers. But I kept writing, and after college, I got involved with writing music for experimental theater productions in New York. At this point, I was working a day-job as a paralegal, thinking I might go to law school for social justice work. But I realized I desperately wanted to get better at writing music, and to get better I would need to go to school for it and devote all my time to it, not just at nights or on the weekends. I was terrified of how I’d make a living and knew very little about the world of contemporary music, but I charted a long, circuitous course to grad school while working odd jobs, and eventually found my way.

What’s your process when thinking about a new work?

If there is text or a theme/topic, I read, research, and think a lot about it. I sit down at the piano and start messing around with whatever ideas come to me in that headspace. If I’m writing with nothing in mind, I just go straight to the piano and mess around, or I look through a sketchbook that has little motives I’ve written over the years and not yet found a home for. In the meantime, I do a lot of walking and thinking and singing little fragments of ideas into my iPhone. Walking is actually a huge part of my process; ideas tend to come more easily to me when I’m moving, and I find that it’s the only way I can get clarity on a piece’s form. But it’s always a mess of walking, singing, scribbling things on paper at the piano, and manipulating ideas in Sibelius (notation software.)

I like to memorize it first, where possible. If I’m working with a living writer, there’s a lot of discussion about the meaning/intention, the choice of words, and any other information I can pry out of them. 🙂 I like to have a lot of information. Then it’s just a lot of singing and walking, as I mentioned. I sing every part — I try to make sure that everything I’m asking for makes sense in the body, that the prosody is natural, that the line has a shape to it, that the meaning of the text is legible, and so on. I try to write music that feels good to sing, that I would enjoy singing. I care a lot about narrative legibility, so I think a lot about timing and pacing, whether certain words need to be repeated or emphasized, that kind of thing.

Your new album ‘Mass for the Endangered’ is an elegy for the natural world. What can you tell us about the album and how it came to be?

In 2016, the composer Danny Felsenfeld and Julian Wachner (director of Trinity Wall Street Choir) had a wonderful idea for Trinity to commission five composers to “re-imagine” the Mass in whatever way we wanted. They approached me and I asked my frequent collaborator and old friend, the poet/writer Nathaniel Bellows, to create the text. He suggested we write on endangered animals and the global environmental crisis, which I had a feeling he would — Nathaniel and I are both strongly inspired by the natural world; we’d written a song cycle about childhood memory and the natural world (Unremembered) and we’d had lots of discussions about the role nature plays in our creative process and in our general sense of well-being. The music for this piece came relatively quickly, which is somewhat unusual for me, so I had a feeling early on that this project would have special, personal meaning for me, and that I would want to record it.

You’ve worked with some wonderful singers; how do you find the right voices for your music? What do you look for in a singer?

It’s different for every project. For my song cycles Penelope and Unremembered, the music hovers between classical and folk/pop/rock traditions, so I wanted singers that could also do that. So I approached singers who had mixed musical backgrounds –: Shara Nova, D.M. Stith, and Padma Newsome. I wanted voices that weren’t necessarily aspiring to the classical paradigm of “great singing,” but had characterful, idiosyncratically beautiful voices that could tell stories and give you a sense of the person behind the voice. For the Mass, I simply wanted to engage fully with the Western choral tradition, with which I had spent a lot of time as a child.

Your new album ‘Mass for the Endangered’ features the Gallicantus vocal ensemble from here in the UK. How did that collaboration come to be?

When it became clear that I wouldn’t be able to record the work with Trinity for logistical reasons, I immediately thought of Gabriel and Gallicantus. I had gotten to know Gabriel through his work at Princeton University, where my husband teaches composition (and where I live). I was deeply impressed with him as a person and musician; I’d been blown away by a Gallicantus concert I’d heard live. He attended the Mass live premiere with Trinity and had very insightful things to say about it — so it was really a no-brainer.

There are so many — classical and non-classical. Different influences come to the fore for me in different pieces. For this piece, the main influences were (in no particular order) Bach, Mozart, Faure, Joni Mitchell, Palestrina, Hildegard von Bingen, Byrd, Arvo Pärt, Simon & Garfunkel, Sufjan Stevens, and too much other folk and pop music to name…

What have been some of your career highlights?

Making this recording has been a huge highlight. The level of camaraderie and sense of collaboration was so high here — everyone was so invested, from Gabriel and the singers and players to the editors, mixing and mastering engineers. I love it when projects take on a “family” vibe–in the best sense of that word–and this one definitely had that quality. For me, the process of composing itself is usually the most rewarding part of being a composer, but I also love rehearsing and performing, especially when you get to do it with a group of performers multiple times and have a chance to really get to know each other and the piece well. I had a great time touring Unremembered a few years back with Shara, David (Stith) and Padma in Europe and the States — that was an incredible experience. I loved working with Birmingham Royal Ballet on the ballet ‘Embrace‘ that I created with choreographer George Williamson — not only getting to know the orchestra, but the dancers, and the awe of watching a ballet be put together. I’ve loved all of my experiences working with orchestras — I love orchestral music, and the process of putting together something with 100 musicians is always super inspiring to me. 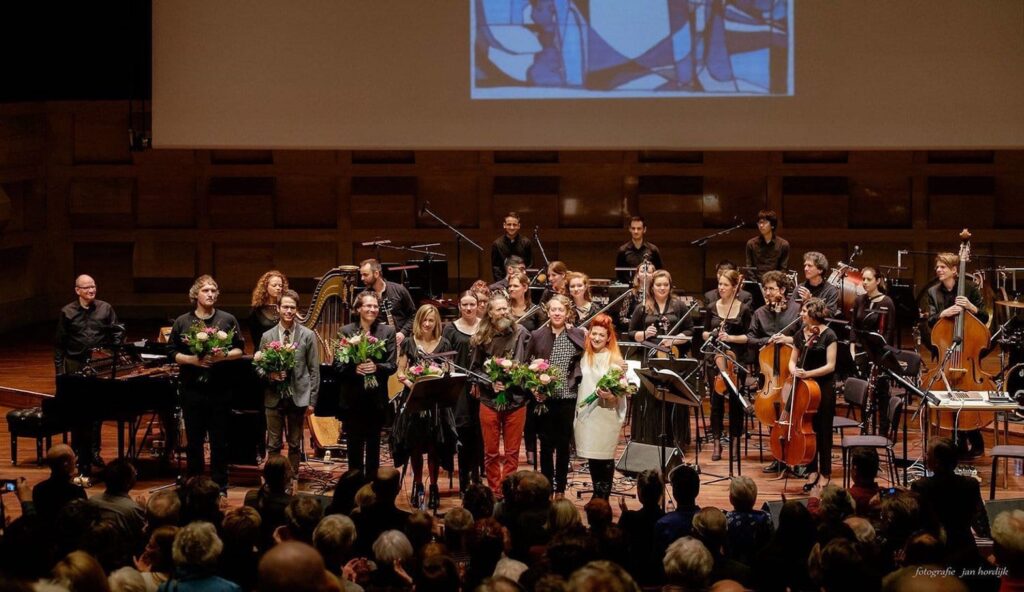 I just hope to make a genuine connection with a listener, and create a space where they can think, feel, reflect. I got into composing because I’m fascinated by the effect of music on the brain and heart — music’s capacity to communicate, to make us feel things, to make us feel less alone. Every piece I write is different, but I hope that listeners who are open to or looking for an emotional connection can find that in my music.

I think we’re at a really wonderful place in new music in general, where the old aesthetic battles are dying down, and where composers of non-white, non-Eurocentric backgrounds are coming to the fore, and I think that all of that increased diversity of thought will have really positive, healthy effects on the vocal music landscape, as it will on all of classical music.

I just curated this playlist of choral music by early-career female-identifying or non-binary composers to help celebrate the US’s 19th amendment centennial for I Care If You Listen, and I loved immersing myself in all of this music. I recommend it highly! 😉 You can check it out HERE

I’m working on an opera. A chamber opera for 8 singers, string quartet, and harp — on the early life of 12th century composer/mystic/polymath Hildegard von Bingen. I’m actually writing the libretto myself–at least until that proves to be a terrible idea. I just felt like the text and music needed to evolve simultaneously. So I’m deep in research mode and trying to get in touch with the side of myself that wrote plays and stories as a kid. We’ll see how it all shakes out… 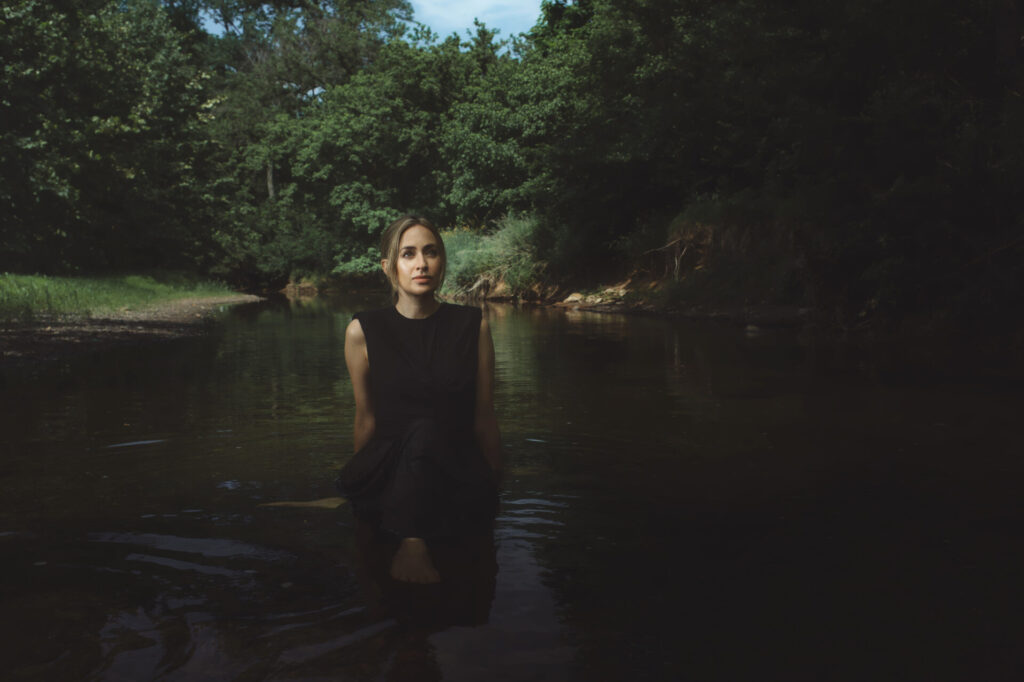 You can also listen to ‘Mass For The Endangered’ HERE