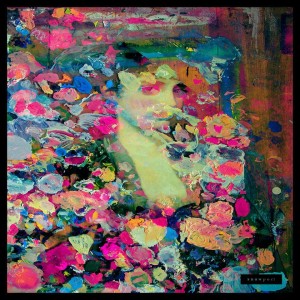 Snowpoet are a relatively new band on the scene, but it hasn’t take them long to establish a large following and critical acclaim. This week sees the release of their much-anticipated debut album, and on the 29th January the St Pancras Old Church is bursting with enthusiastic ears. There is an atmosphere of excitement as the band take to the stage, and the six performers do not disappoint as their introspective blend of ambient jazz/folk fills the ancient acoustic.

Although Snowpoet are quite a new outfit, Lauren Kinsella (vocals), Chris Hyson (bass), Matt Robinson (keyboard/electronics), Dave Hamblett (drums) Nick Costley-White (guitar) and Josh Arcoleo (saxophone) are all established musicians in their own right. The group met as students at the Royal Academy of Music and have since been blazing their own trails on the UK jazz scene. Between them they have an impressive CV of different projects and collaborators. Snowpoet is an interesting meeting of minds and skills, and an ensemble of talented individuals.

The music is simple (or rather uncomplicated), understated and crafted with care. The band create beautiful textures which swell and flow with the shape of the words. The song structures are unconventional and there is a perpetual sense of shifting. The text is woven in and out of the instrumental patterns, sometimes spoken, sometimes sung, but always crystal clear. As a vocalist Lauren Kinsella is an amazing communicator, and every word is bought to life. She plays with the sense of the sounds and each syllable is perfectly placed, sometimes lingering over a consonant or accentuating the natural pauses in words. She moves seamlessly between spoken-word and song, ducking in and out of melodies and unexpected harmonies. 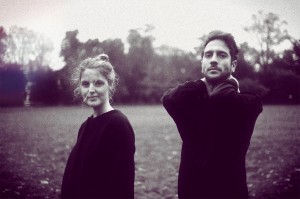 The band cite Björk and Joni Mitchell as key influences, and these examples are clear to hear. The vocal delivery, if nothing else, is eccentric and ambitious, and the song writing leaves lots of space to explore. There is also a flexibility in Lauren’s voice which mirrors that of Joni Mitchell, and she is bold in her interpretation of the text, in a style not dissimilar to Björk. On a more compositional level, a comparison to some of the minimalist composers, such as Philip Glass, might ring true. This is most noticeable in songs such as ‘Mermaid’ and ‘Waves’, where the material develops gradually, and the structures are more shifting. From an aesthetic perspective, the sound has a ring of Bon Iver about it, or perhaps the cleanness of Icelanic singer Ólöf Arnalds. However, whatever their musical references might be Snowpoet have developed a sound that is their own.

The influence of poetry is also hard to ignore, and it gives the group an interesting edge. The lyrics are constantly questioning, exploring the notion of existence and finding one’s place in the world. The brilliance of Sylvia Plath is an evident influence, and this is no bad thing, it gives the lyrics an intensity throughout. A less obvious comparison might be the American writer and filmmaker Miranda July, who has an unusual understanding of day-to-day life. This comparison rings most true in the song ‘Eviternity’, which poses the question, “What’s your picture of reality?” before descending into a beautiful swirling sea of distortion. This seems the perfect choice of song to close the evening, and indeed the album.

Snowpoet’s new record is available now on Two Rivers Records, and it is well worth a listen. It might be a little bit too soon to be thinking about the Mercury Prize, but I wouldn’t be surprised to see Snowpoet make the shortlist. This is an album worthy of recognition.