Stef Conner is a composer whose work falls in the misty borderlands between the classical and traditional music worlds. She combines the emotional sincerity of traditional song with contemporary harmony and a palette of techniques drawn from the study of ancient music and poetry. In 2014, she released her debut album ‘The Flood‘ with her group the Lyre Ensemble, performing beautiful new music in ancient Mesopotamian languages, accompanied by a reconstruction of the 4500-year-old Gold Lyre of Ur. She has just released her new album ‘Riddle Songs‘, inspired by the Old English riddles of the tenth-century Exeter Book. ‘Riddle Songs’ weaves together sounds drawn from 1000-year-old manuscripts with lush contemporary harmonies and multilayered choral textures, underscored by ripples of the medieval harp and lyre, echoes of long-lost languages, whispers of myth and folklore, and the twinkling of tiny bells. 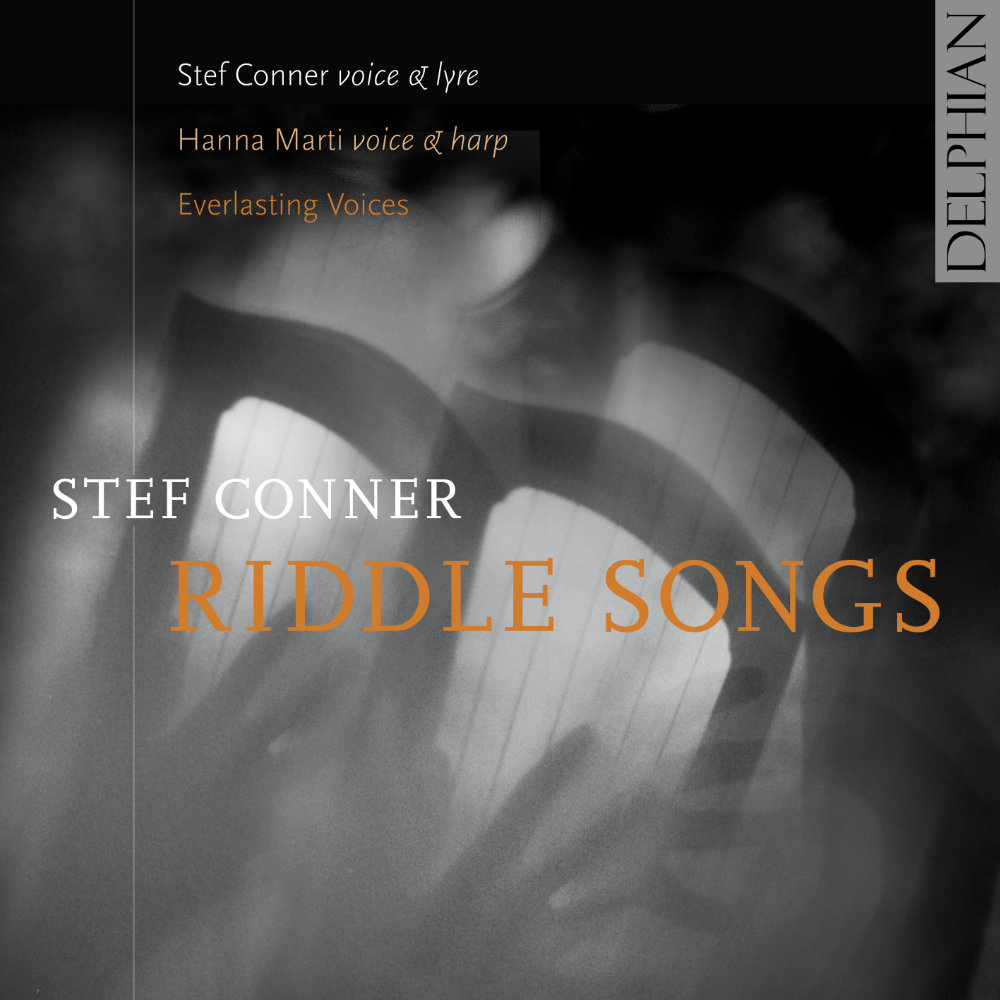 What can people expect from your new album ‘Riddle Songs’?

‘Riddle Songs’ is kind of like one of those grandiose prog rock concept albums of the 1970s, but in the choral idiom… with some early medieval instruments and texts. The inspiration behind the album is ancient poetry – words written over a thousand years ago, in which we can hear, in spite of their remoteness, echoes of human voices that describe thoughts and experiences we can still relate to today. Most of the tracks are contemporary musical settings of Old English riddles, which are delightful, witty and erudite little word-puzzles, full of the same joy, spirituality, inspiration and humour that human beings have sought in art and entertainment since time immemorial (universal themes, if you like): celebrations of the wonders of nature, wise advice, spiritual reassurance, revelry, storytelling, even rude jokes and innuendo. As well as me, the music is performed by a magnificent vocal ensemble called Everlasting Voices, conducted by Jon Brigg, and the medieval music singer, Hanna Marti, who also plays harp. I play a six-string Anglo-Saxon lyre. It’s beautifully produced by Paul Baxter (of Delphian Records).

What draws you to ancient texts and music from the distant past?

I can’t pretend not to be attracted by the remoteness – the exoticness, if you like – of ancient texts. I love the sense of discovery involved in learning a language that is no longer spoken in order to parse and interpret texts in that language, because when there are no native speakers alive to guide that interpretation, a degree of ambiguity is inevitable. As a composer, that’s one of the things that draws me in – each text is a kind of puzzle that cannot be definitively solved. Each person must find their own solution. Paradoxically (given the attraction of ambiguity and otherness I’ve just described), I’m also very inspired by the familiarity to be found in texts from the deep past. Or at least familiarity in the interpretations that I project onto them. I am comforted and uplifted in a kind of existential sense by the idea of empathising with, or finding emotional resonances in, the words of voices from hundreds or thousands of years ago.

I try to read texts over and over again until they sing themselves to me. That part of the process is pretty intuitive, although working with ancient texts means the intuition is triggered by a colossal amount of research, some of which is anything but intuitive. But the creative process that flows out of that research is always grounded in the sound of the human voice. From that I extract a rough contour, sometimes with specific interval content, to which, quite laboriously, harmony, timbre, and texture are added. That intermediate stage is also quite intuitive. I try to work on technique outside of the creative process – developing harmonic structures, interval patterns, textures, and rhythmic devices in exercises, before deploying those techniques in compositions… without remembering exactly what they are or how they work. Then there’s another much more rigorous stage in which I reflect back on what I’ve done, analyse it, torture myself with vicious criticism, and then rework. A lot of my music changes drastically during that final phase. Then, nine times out of ten, I reject the piece entirely and decide I never want it to be heard!

How do you use voices in your work?

I’m not sure I really use voices in my work. Voices simply are the work. That maybe sounds a bit pretentious… but it’s the word ‘use’ that I can’t relate to – as if voices are just something I pick up and put back down again, like a laptop or a pencil. I use Sibelius software and I use manuscript paper, but voices are totally fundamental to the way I experience, imagine, and create music. Even in instrumental pieces, everything starts with the voice – with singing words and hearing vocal timbres in my mind’s ear. I don’t really think about trying to innovate with experimental vocal techniques or anything like that. I just listen to what the voice does naturally in different scenarios and try to absorb it into musical contexts.

Could you talk a little bit about being a composer and a performer? How do the two roles relate to each other?

I don’t really see myself as a proper performer to be honest. But then I’ve never really seen myself as a proper composer either. When I’m in a performance situation and I’m aware that everyone else has stronger technique or better sight-reading chops than me, I’ll probably call myself a composer and when I’m facing an orchestra about to critique the score that I’ve given them, I’ll most likely call myself a performer. 😂 In some ways the two things are inseparable. Philosophically speaking, because all performance involves an element of creation, practically speaking as well: performing generates compositional ideas, and composition involves playing, listening, and experimenting with sound – performing in a way, even if only to oneself. Most of my creative ideas come from learning music in order to perform it, or from collaborating and hearing wonderful sounds coming from my colleagues. I consciously learnt how to sing in order to write better choral music… but, long before that, I got into writing choral music because I loved singing… so the two things have always been intertwined.

I’ve been thoroughly enjoying the gorgeous album ‘HERE WE ARE’ by The Hermes Experiment, which is magnificent. NMC have just released The Crimson Bird, which is a kind of anthology of Nicola Lefanu’s work, spanning 45 years from the early 70s to the present. It’s absolutely lush. I’m really into Josienne Clarke’s ‘In All Weather‘, and there’s an album called ‘Ghost Gamelan‘ by Susheela Rahman, which isn’t that new, but I’m just in love with it. My household has been on tenterhooks waiting for The Cure to release their new album, but it’s yet to materialise, so we’re just listening to Pornography over and over again. I get a lot of musical recommendations from my fiancé Rory.

Ha! I had loads of exciting projects on the horizon. Then I watched them all disappear, one by one, like most musicians in 2020. What a horrible year for us all. I’m not really embracing the lockdown creativity thing that’s been going on, to be honest. Just trying to keep going as best as I can. Hanna Marti and I have been recording some home-studio Old English riddle settings (apparently a whole album based on them wasn’t enough for us!) to keep ourselves busy, and we put those on Youtube every Friday. Hanna and I are also looking forward to working with Ben Bagby and a group of superb singers on a new Sequentia programme in Paris next spring (as long as it’s not Covid-cancelled for a second time), but other concerts and projects are all cancelled or indefinitely postponed. I’m waiting for the world to get moving again so I can perform and plan projects. Most of all, I’d like to do an album launch – perform the music from ‘Riddle Songs’ with the ensemble who recorded it. I can’t believe what a massive pie-in-the-sky fantasy that feels like right now. If I can make it happen, I think I’ll weep tears of joy the whole way through the performance! Eeek, it would be just like my Grade V flute exam when I was 12 (although those were not tears of joy)! 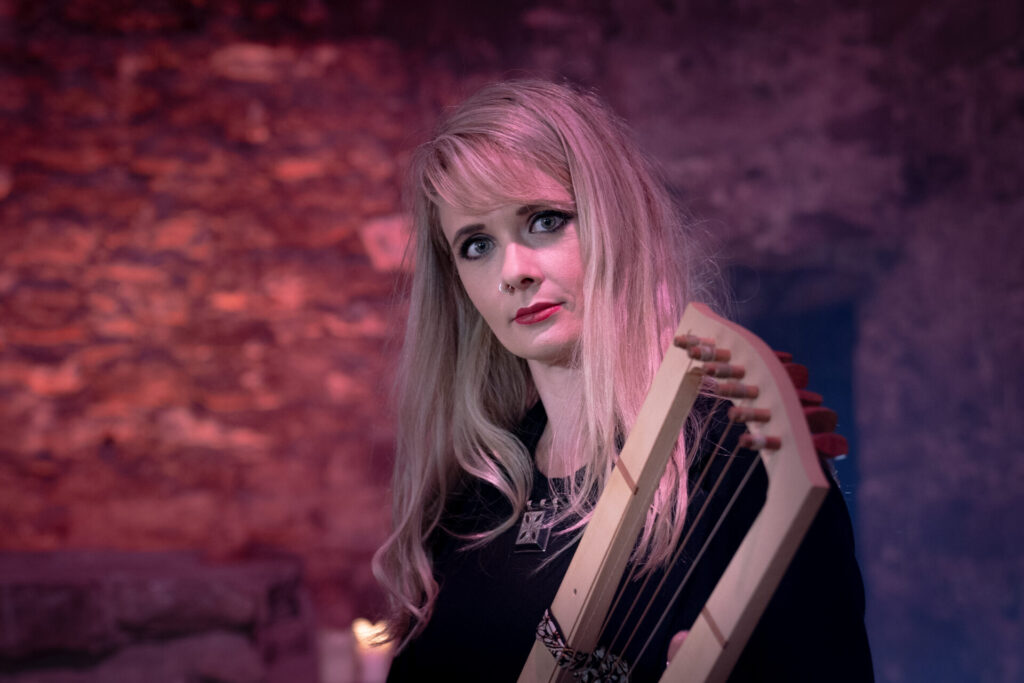 Stef Conner – photo by Will Coates-Gibson

You can also listen to ‘Riddle Songs’ HERE