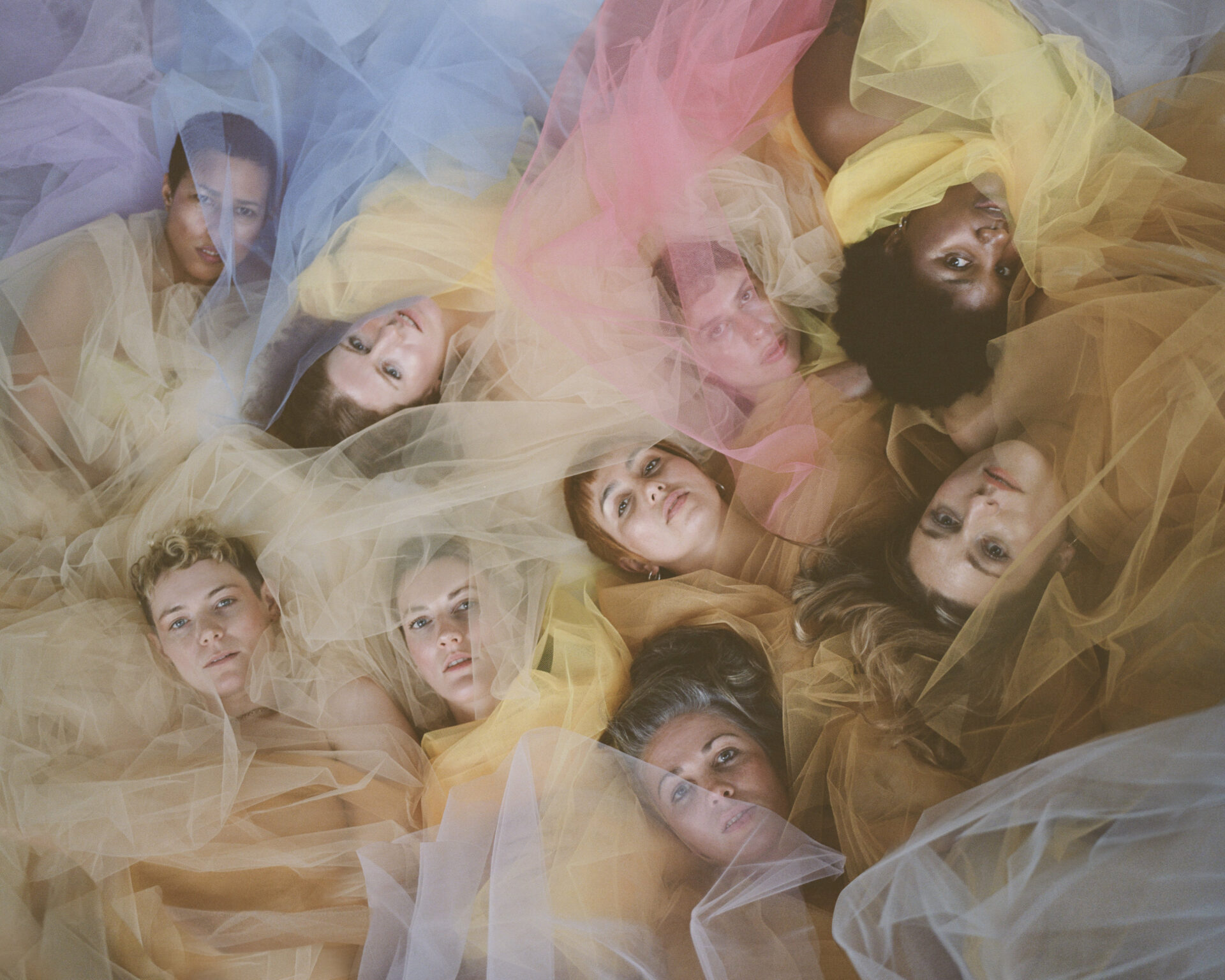 ‘The Swarm’ is a new collaborative project from Auclair and Heloise Tunstall-Behrens, who are both singers, composers and beekeepers. The work is a choral sound-piece which follows and reflects the intimate life of a beehive. The musical form takes inspiration from the vibrations with which bees communicate, and the patterns created by their social organisation. ‘The Swarm’ began life as an audio-visual performance debuted at the Brunel Museum in London in 2016, and then performed at VAULT Festival in 2017. The piece has now been developed into an album recording due for release through Amorphous Sounds on September 18th 2020. 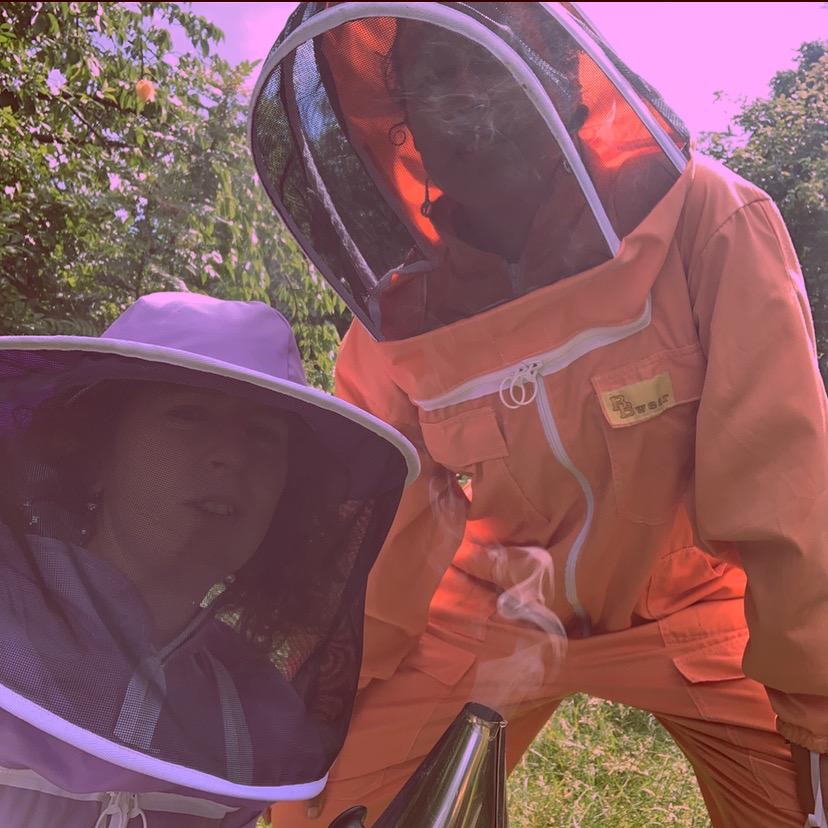 ‘The Swarm’ is the title of your new collaboration. What’s the concept and where did the idea come from?

From years of working with bees, we became more and more curious about their sound world. The physical sensation of being surrounded by their collective hum is really special, switching between modes of listening to the group and then to individuals, we became fascinated in exploring that further. This got us thinking about different forms of polyphony where individual melodies are layered or intersect to create a sound that is bigger than the sum of its parts. This non-hierarchical arrangement felt like a potent way of articulating how bees self-organise.

During one spring and summer, we recorded hours of activity inside the hive to find out more about how they use sound. Hearing actual piping and quacking – the calls made by newly emerged virgin queens – for the first time was amazing. Understanding why they do this – to warn the existing queen of their arrival – revealed a dramatic perspective on the life cycle of a bee colony – we decided this would be the opening scene of ‘The Swarm’.

How would you describe the collective sound you’ve created to someone who hasn’t heard the music yet?

A lot of feedback from audiences say it was a hypnotic experience. Much of ‘The Swarm’ involves polyrhythmic and polyphonic singing because it’s a very direct and vivid expression of community. We hope that spirit comes across.

What was the compositional process?

Off the back of the hive recordings we made, we did lots of research into the ways bees use sound and patterns – from identifying the key frequencies of their buzzing, to the mathematics inherent in honeycomb structures, to the physical dynamics between bees at each stage of the swarming process. We took our findings and figured out ways of translating it into the ‘human’ realm, working out all kinds of interesting musical parallels with polyphonic singing, hocketing and euclidean rhythms. These served as the main elements we used to compose the music.

When making the soundscape, we took a similar approach. Most of the source material came from looking closely at the world of the bee and bringing that to life. It involved re-imagining the sonic environments the bees would travel through. We used and manipulated field recordings, sourced audio that would represent the unseen components of the bee experience like the crackle and hum of solar radio emissions or using contact microphones to record vibrations travelling through objects, and emulated the patterns in their lives in the rhythm patterns underscoring the singing.

What drew you to work with female voices for this project?

We’re both part of the all-female group Deep Throat Choir, which is where we met actually, so it made sense to start there and honey bee colonies are primarily made up of female worker bees. Translating their ‘voices’ felt like a direct way of empathising and connecting with them through embodiment.

Are there any key musical inspirations behind ’The Swarm’?

The vocals were inspired by the work of Meredith Monk, Iannis Xenakis, Steve Reich and the polyphonic singing of the Baka people of Congo and Cameroon. For the soundscape we took inspiration from the musique concrete approach to finding music in the sounds of the everyday, as well as artists like Laurie Spiegel and Laraaji.

What do you want people to take away from the album?

We hope it sparks curiosity in the lives of honeybees and the love that binds a colony together. As well as a closer feeling of kinship with insect life and a desire to learn more from Nature and the world around us. There is a lot going on even in cities!

You’re both composers and singers, could you talk a little bit about how you ended up collaborating on this project?

HTB: Although we’d met before, we got talking about beekeeping during a rehearsal of Deep Throat Choir when I noticed Tanya was wearing a bee necklace. I asked whether she wanted to come and help out at our apiary in Dalston. It happened to be the beginning of swarming season and we started to look into the sound world of bees. That’s where the idea to collaborate on ‘The Swarm’ started, combining our collective experience of singing in a female choir with field recordings and electronic composition. 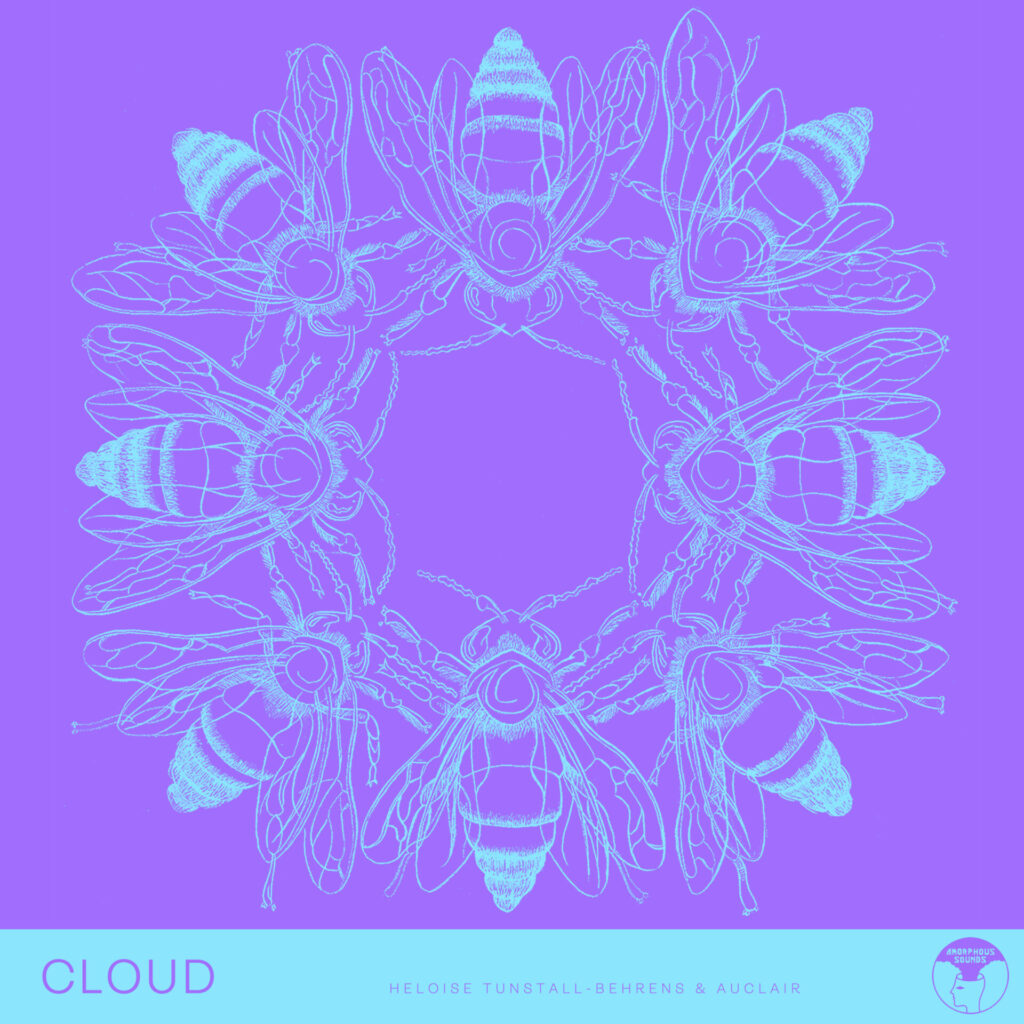 TA: It feels like there’s an increased interest in pushing beyond conventions and using technology to explore possibilities beyond what our vocal chords can do and what our assumptions are about gender. It will be interesting to see how vocal music will evolve in virtual spaces. And if there’s ways for us to adapt our vocal cords to emulate the voices of other species. There’s also some important conversations starting to be had around the ethics of using particular techniques that were developed by and are expressions of oppressed cultures. Singing as a form of political resistance in choirs and vocal groups has also had a resurgence in response to growing awareness of social injustice, with more and more groups starting up all over.

HTB: I think a developing area is the boundary and interplay between artificial intelligence and the human voice. To what extent can a machine emulate a voice, and how can machines help us to communicate with other species by decoding and encoding our respective voices.

What’s next? Have you got any new projects on the horizon?

We’ve started research for our next project together, which we think will look into plantlife. We’re also working with Luisa Gerstein on some new songs with ‘Blood Moon Project’ and working out how we can perform ‘The Swarm’ live again.

TA: I’m working on my next solo release, some reworks for Deep Throat Choir and Landshapes, a collaboration with Speculative writer Ama Josephine Budge and a solo piece for the Riot Ensemble.

HTB: I’m also working on a new piano piece for Riot Ensemble! And about to start some herbal techno & recording a piece I wrote with Hayden Thorpe for a 20 piece choir that was meant to be performed at Castlerigg stone circle up in the Lake District. 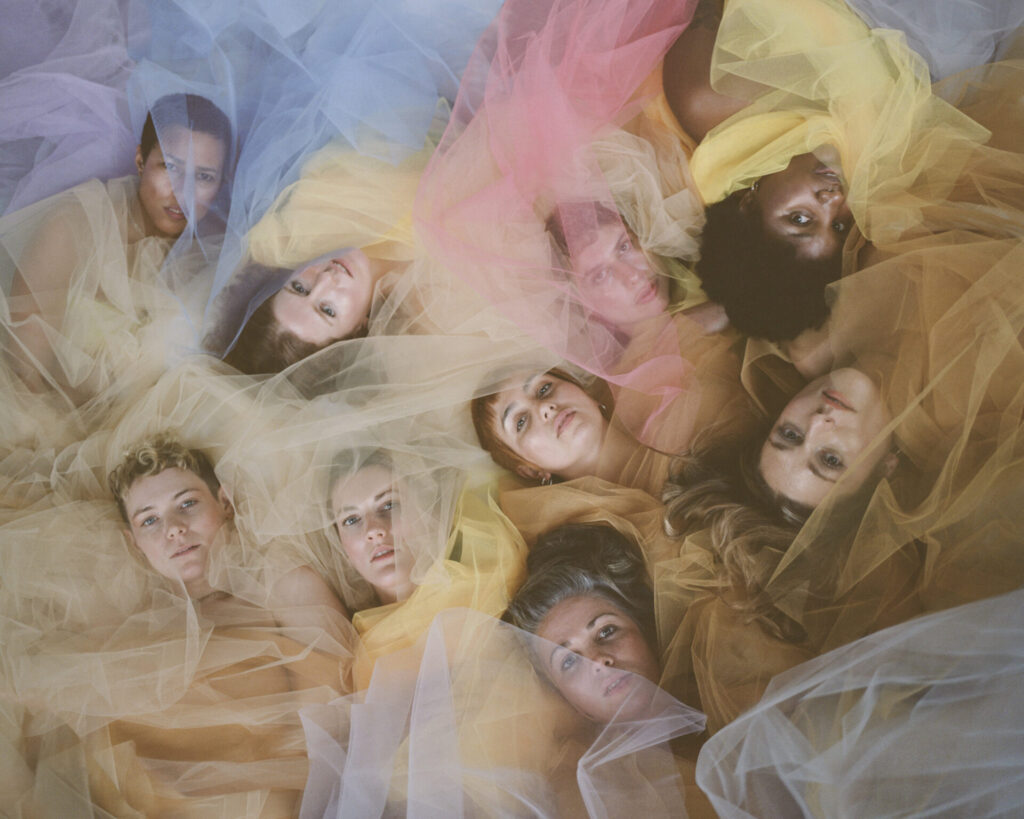 ‘The Swarm’ – photo by Zora Kuettner

Listen to the two singles ‘Dance Off’ and ‘Cloud’ HERE

To find out more about ‘The Swarm’ and the album release in September follow Amorphous Sounds.